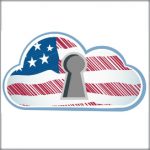 Wright-Patterson AF Base said Thursday the Air Force Portal migration was part of the AF Life Cycle Management Center’s initiative to help transition hundreds of separate applications onto hosting systems from cloud vendors such as AWS and Microsoft.

DISA used to receive $22,000 per month from AFLCMC for hosting the service branch’s portal.

According to WPAFB, migrating applications to a commercial cloud platform eliminates the need for the government to manage and sustain enough servers in times of maximum traffic such as staff sergeant promotion release days.