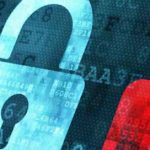 The lawmakers told Bolton in a letter published Wednesday they believe eliminating the role would prevent the government from presenting a unified effort against foreign threat actors who target cyber-based U.S. infrastructure.

The letter came after Bolton endorsed the removal of the post.

“Our country’s cybersecurity should be a top priority; therefore, it is critically important that the U.S. government present a unified front in defending against cyberattacks,” the senators wrote.

Reps. Jim Langevin, D-R.I., and Ted Lieu, D-Calif., introduced a bill that would establish a national office for cyber space and make the cybersecurity coordinator function permanent at the White House.