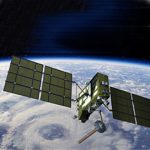 A new policy that would facilitate the transition of the Defense Department’s space traffic management functions to the Commerce Department is now headed to the White House for President Donald Trump’s final approval, SpaceNews reported Monday.

Vice President Mike Pence disclosed the decision to transfer space traffic management to the Commerce Department in April during the Space Symposium in Colorado.

The report said the Pentagon has public responsibility and authority over space situational awareness under section 2274 within Title 10 of the U.S. Code.

A markup of the proposed fiscal 2019 National Defense Authorization Act released Monday by House Armed Services Committee Chairman Mac Thornberry’s (R-Texas) office includes a provision that would revise section 2274 in order to put an end to DoD’s authority to provide SSA data to foreign and commercial entities by Jan. 1, 2024.

The proposed amendment would direct the DoD secretary to create a plan to “ensure that one or more departments may provide space situational awareness services to foreign governments” and designate a federally funded research and development center to help evaluate and determine agencies that should be responsible for SSA functions under section 2274.