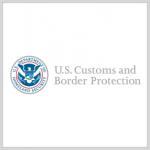 McAleenan represented the U.S. government in the agreement while Al Jalawi, director general of the Kuwait general administration of customs, represented the Middle Eastern country in what would be the U.S.’ 80th CMAA, CBP reported Thursday.

“Customs and Mutual Assistance Agreements allow for the exchange of information that is vital to our national and economic security,” said McAleenan.

“This collaboration and cooperation will enable us — and generations after us — to work more effectively to prevent, detect, and investigate customs offenses,” he added.

CBP is a division of the Department of Homeland Security with the mission to secure the border and facilitate lawful international trade and travel in efforts to prevent terrorists and their weapons from entering the U.S.