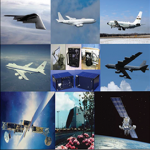 The Government Accountability Office has found that the U.S. Air Force‘s oversight and acquisition programs for the Nuclear Command, Control and Communications system face challenges in meeting requirements in the long run.

GAO said in a report published Tuesday the Air Force expressed an awareness of NC3’s short-term sustainment needs but does not possess the resources to sustain the system’s long-term needs.

Four of the service branch’s eight NC3 acquisition programs have compressed schedules that may result in delay while two others have plans to immediately proceed with development without key systems engineering assessments that work to check feasibility and affordability, the government watchdog added.

The report noted that leaders of the NC3 program executive office indicated a commitment to review and modify acquisition strategies before they are finalized.

NC3 functions to ensure a connection between the president and the military’s nuclear forces in case of a nuclear event.