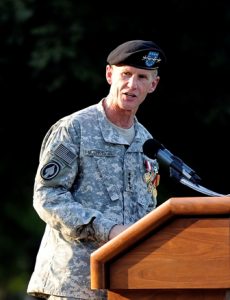 Before his resignation as commander of all U.S. and international forces in Afghanistan, McChrystal, a graduate of the United States Military Academy at West Point, was the director of the Joint Staff and the commander of the Joint Special Operations Command.

While heading the JSOC, McChrystal oversaw the capture of Iraqi dictator Saddam Hussein and is credited with the elimination of al-Qaeda in Iraq leader Abu Musab al-Zarqawi.

In September 2010, McChrystal began teaching a course on leadership at Yale University. Titled “Leadership in Operation,” the class will be offered to graduate students at Yale’s Jackson Institute for Global Affairs and will cover a diverse range of topics such as the media environment and navigating politics.

McChrystal will also draw on his personal combat experiences in teaching the course.