The federal contracting industry is as tough as it gets—but doing business with defense departments is on a whole another level. On top of learning how to navigate the complicated processes surrounding federal contracting, you also have to grasp the structure of the defense department you are aiming for. Why? This is to help you understand the defense agency and tailor your services better.

The Armed Forces of America is made up of all the military forces that protect the nation against all threats. Among the defense departments that are part of America’s armed forces is the Coast Guard.

Who is the U.S. Coast Guard?

The U.S. Coast Guard is a branch of the Armed Forces in charge of safeguarding life and resources at sea. This defense department handles maritime search and rescue operations, law enforcement, and security. The United States Coast Guard is the one who is primarily responsible for ensuring the safety, security, and environmental stewardship of all America’s ports and inland waterways, coastlines, and high seas.

Furthermore, the U.S. Coast Guard is part of the Department of Homeland Security during peacetimes. And in times of war, the Coast Guard integrates with the U.S. Navy. 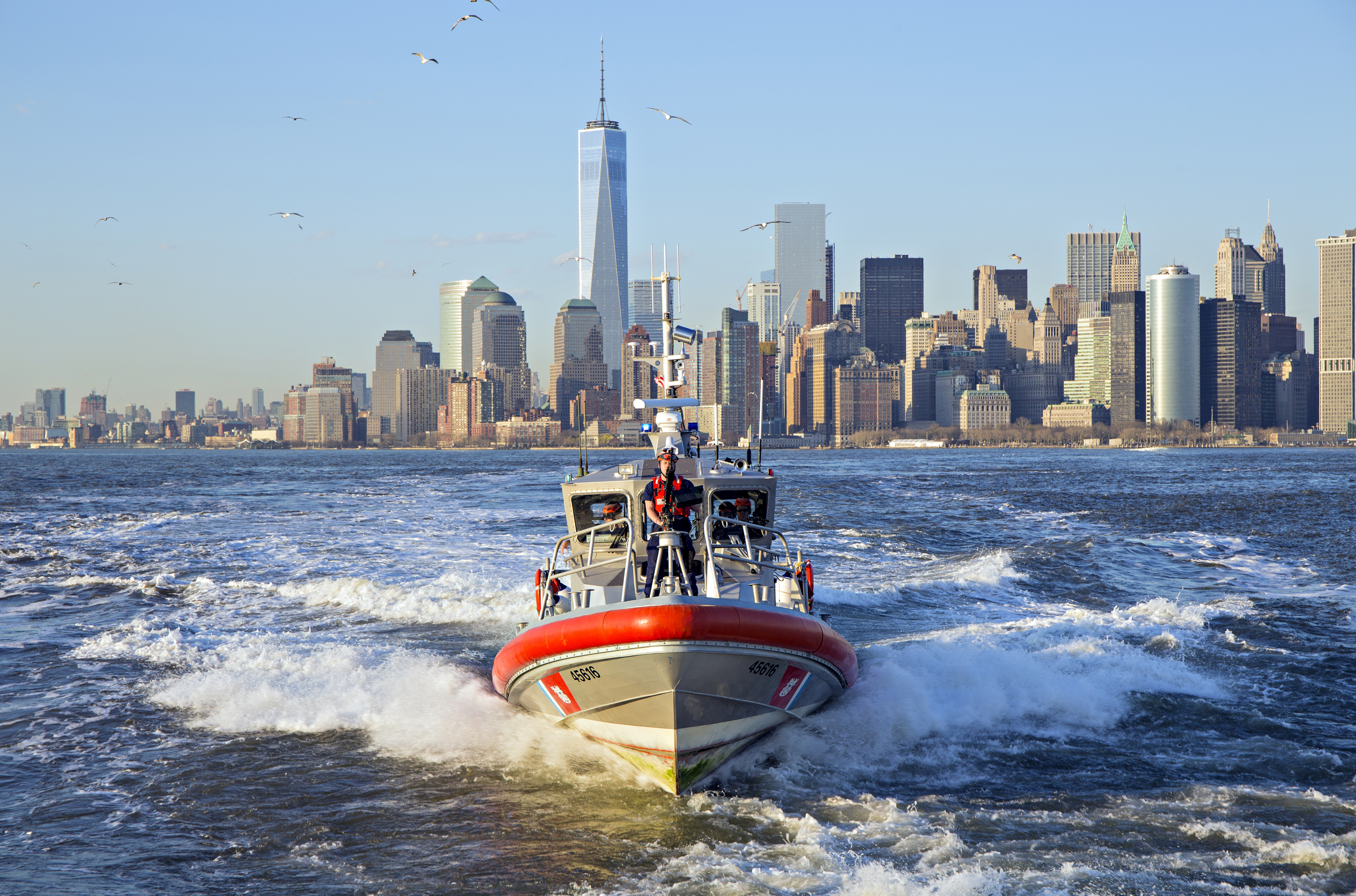 USCG ranks are comprised of four pay grade categories: enlisted (E-1 through E-3), petty officers (E-4 through E-9), warrant officers (CWO-2 through CWO-4) and officers (O-1 through O-10). The letter and number represent the ratings and paygrade of the Seaman.

The enlisted personnel of the U.S. Coast Guard is recruits who are either nailing down their basic training courses or are already on their way to training for leadership roles.

The Seaman Recruit (SR) is the lowest enlisted member of the U.S. Coast Guard. As an entry-level recruit, the SR’s main task is to familiarize themselves with the coast guard’s culture and survive the department’s intensive basic training course.

After completing the basic training course program, the Seaman Recruit is finally eligible to be promoted to Seaman Apprentice (SA). The SA is the second lowest ranking member of the Coast Guard and the first to earn its rank insignia.

As the Seaman Apprentice, they will be posted on their respective units to train and hone their skills: deck & administrative; Fireman or engineering & hull, and Airman or aviation.

The official title of the Seaman (SN) varies depending on their assigned post. If they belong to the deck and administration, their SN title remains the same. In the engineering and hull, they are referred to as Fireman (FN), and Airman (AN) in aviation. The duties and responsibilities of a Seaman depend on which post they are assigned to. But generally, the SN is in charge of routine ship maintenance and repair, damage control, emergency response, store administration, and ceremonial duties. They must also study under a higher-ranked Seaman to gain hands-on job experience.

Additionally, the Seaman is expected to acquire a rating, which can be obtained by attending a Class A School for advanced technical training or a Striker Program (on-the-job training).

The Petty Officer Third Class (PO3) holds the lowest rank among the noncommissioned officers. Compared to the previous Coast Guard ranks, the PO3 must now demonstrate and hone its dual prowess in technical and designated occupational specialty skills.

Furthermore, the Petty Officer Third Class is subject to High Year Tenure (HYT). This means that a PO3 should be promoted to the next rank within eight years or be involuntarily separated from service. 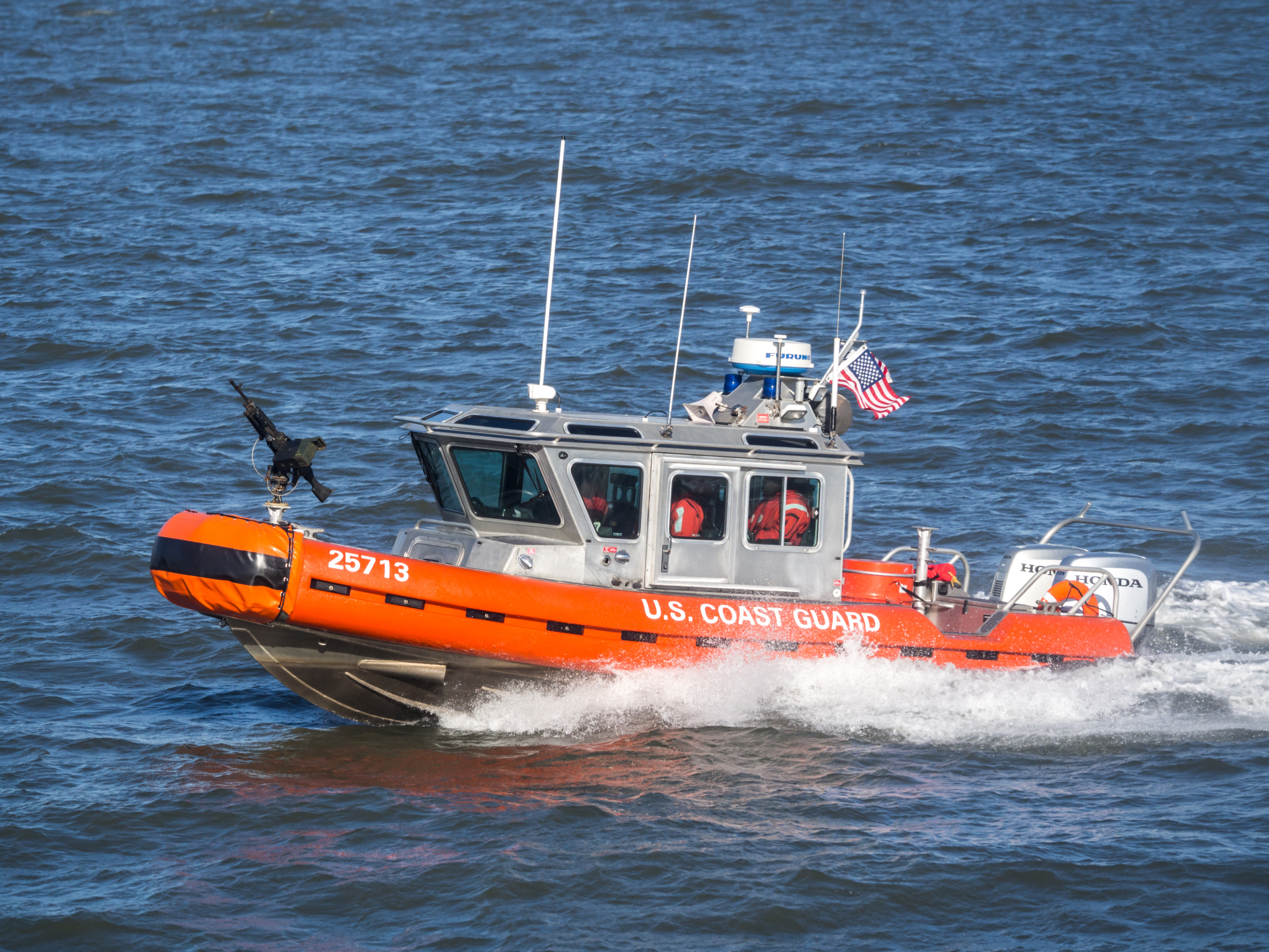 Once the PO3 has successfully moved up, they are tasked with more responsibilities that will test their leadership, technical, and specialty skills. The Petty Officer Second is also authorized to enforce maritime law and act as a federal customs officer.

The PO2, like the PO3, is also subject to the High Year Tenure (HYT) pathway. They are given 14 years to hone and prove their skills in their position to be eligible for the promotion. Failure to do so will result in involuntary separation from service.

As one of the Coast Guard’s junior officers, the Petty Officer First Class (PO1), they are expected to possess technical mastery, designated occupational specialty skills, and leadership abilities. They are also given the opportunity to further hone their skills by allowing them access to study for recognized associate or bachelor’s degrees through a “C” School.

The Petty Officer First Class shares similar responsibilities with the Second Class. The PO1 is authorized to act as a maritime law enforcement body and act as a federal customs officer. Moreover, they are also subject to the High Year Tenure (HYT). The PO1 should be promoted to the next rank on or before their 20th year in service. Otherwise, they will be involuntarily separated from the U.S. Coast Guard.

To be successfully promoted to Chief Petty Officer (CPO) is an important milestone in an enlisted coast guard career. A CPO is an esteemed individual who has refined their specialty technical skills and has proven their leadership abilities. They are in charge of training and mentoring the people under their leadership and carrying out administrative duties. On top of that, they are also tasked with training the newly-commissioned officers, from ensigns to lieutenant commanders. CPOs are usually posted in cutters (decked vessels) and boats.

The Chief Petty Officer is still subject to High Year Tenure (HYT). If they cannot secure a rank promotion within 24 years of service, they will face mandatory retirement from the United States Coast Guard.

The duties and responsibilities of the Senior Chief Petty Officer (SCPO) are similar to Chief Petty Officer, and the difference lies in their level of command control. The SCPO possess more authority in their unit’s administrative, technical, and leadership roles. Furthermore, the SCPO is more involved in training the junior commissioned officers.

On top of demonstrating strong leadership abilities and advanced technical skills in their specialty field, the Senior Chief Petty Officer is also expected to know the systems and processes in place that make up the U.S. Coast Guard.

The Command Master Chief Petty Officer (CMC) is a senior enlisted officer at the command level who acts as a liaison between the enlisted corps and the Coast Guard headquarters. They are considered experts in their respective fields and assist sea and shore commands in issues concerning personnel discipline, training, morale, living conditions, and technical challenges.

The Master Chief Petty Officer of the Coast Guard (MCPOCG) is the highest senior ranking enlisted officer who represents the sailors as a whole. The MCPOCG’s primary duty is to uphold and promote the well-being of the enlisted personnel by establishing clear communication lines with their people. The MCPOCG is attuned to the needs of their command so they can create policies, address pressing concerns, and offer counsel for them. 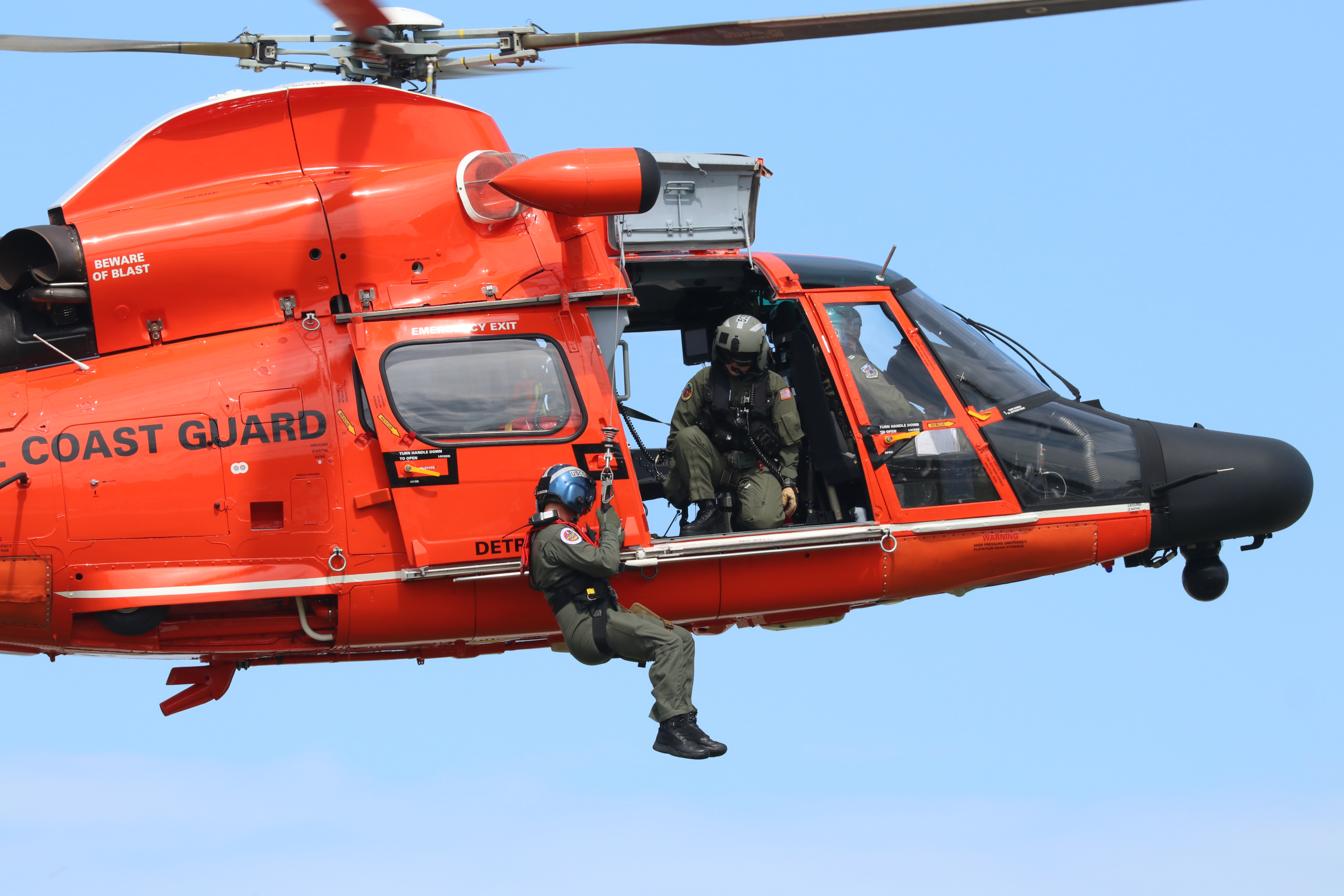 The commissioned officers hold the highest ranks in the Coast Guard. These officers were selected by the President and their ranks were confirmed by the Senate.

The Ensign is a junior-ranked commissioned officer who leads a group of petty officers and enlisted personnel while receiving on-the-job training. Upon their appointment, an Ensign must complete a mandatory 3-year initial active-duty obligation.

Also referred to informally as “JayGee,” the Lieutenant Junior Grade (LTJG) acts as billeted division officers on board a Coast Guard vessel or at a shore station. But more than that, the LTJG officers focus on developing their specialty skills, leadership abilities, and professionalism. Given how the U.S. Coast Guard wears many hats, from being a naval warrior to environmental stewards, these measures will ensure that they will be up to the task if the need for their leadership arises.

The Lieutenant is the highest junior-level rank among the commissioned officers who are focused on enhancing their specialty skills for the next level. Furthermore, their time on board the vessel will be mostly spent leading a department—usually made up of a large number of junior enlisted personnel and petty officers. 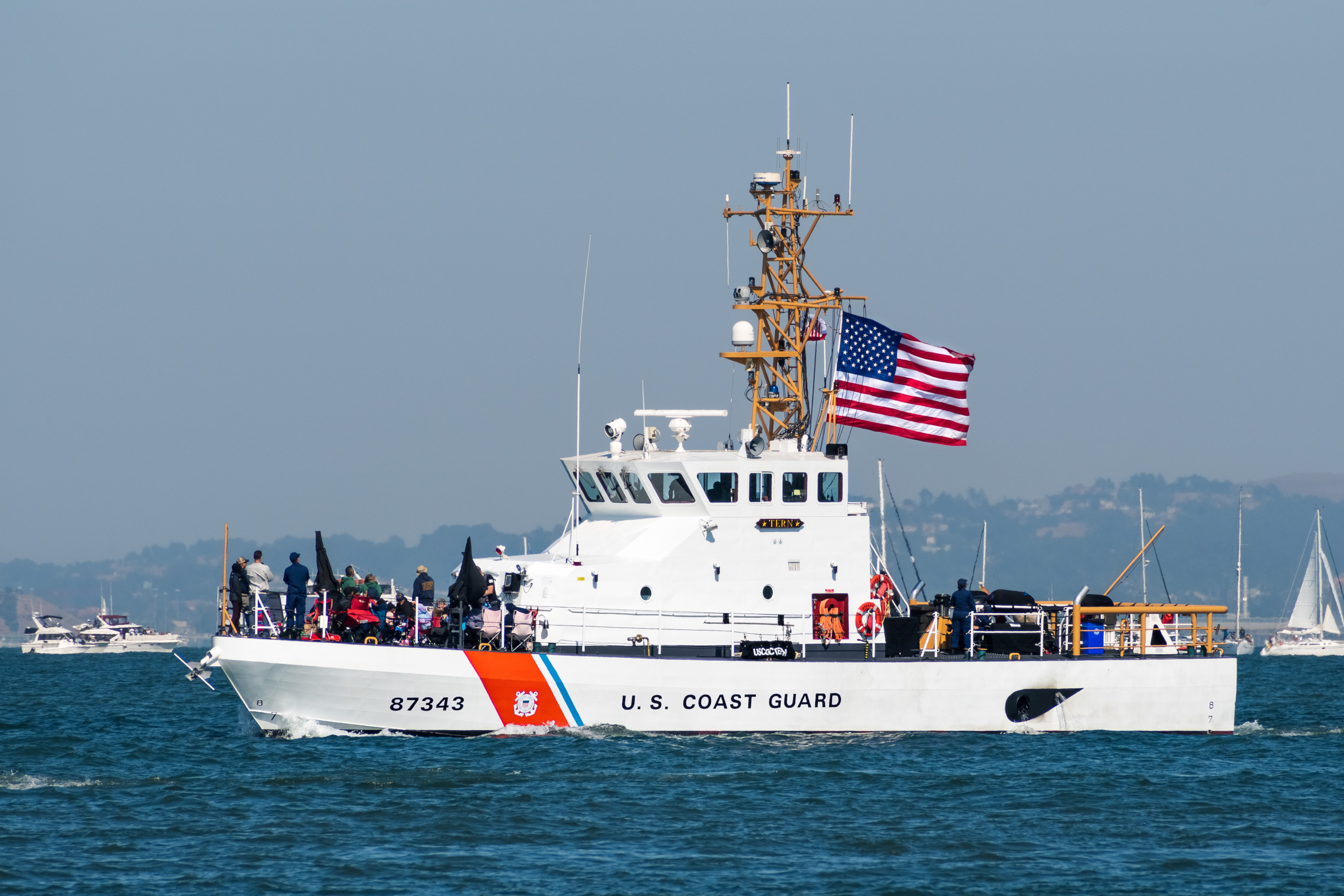 The Commander is the first senior commissioned rank in the Coast Guard. With proven leadership and technical skills in their field of specialty, the Commander is posted as leader of a unit in a small vessel. Furthermore, the Commander is a multi-mission expert in charge of carrying out tactical missions, search and rescue, homeland security, marine environment protection, and maritime law enforcement.

A Commander may also be deployed on the shore or serve as staff for high-ranking officials in larger vessels.

A Captain is deployed as a commander of a large vessel, aircraft, or in other senior positions. Compared to its other military counterparts, the Captain is a high-ranking officer who operates on a higher level of authority since the U.S. Coast Guard servicemembers are relatively fewer than the other military branches.

The Rear Admiral Lower Half (RDML) is a one-star flag officer of the U.S. Coast Guard. They are seasoned leaders and military members who command a small flotilla of cutters or a group of air wings. Furthermore, the RDML is in charge of protecting a number of sectors of the U.S. coastline and being its first line of defense.

An RDML can only hold this position for five years. Once they have fulfilled their tenure, they can get repositioned or retire.

The Rear Admiral Upper Half shares a few similarities with their other counterpart, but this two-star flag officer is a step above them in terms of proven experience.

The Rear Admiral Upper Half commands a large fleet that can respond to emergencies and protect the U.S. Coastlines against threats.

A Vice Admiral’s tenure can last three to four years.

The Admiral is a four-star flag officer who holds the highest rank in the U.S. Coast Guard. They are the ones directly in charge of securing the nation’s surrounding waterways and overseeing their department’s people, including those who are active duty personnel, reserves, and civilian employees and volunteers.

The Admiral directly reports to the President of the United States.

Fleet Admiral (Reserved For Wartime Only)

And finally, the Fleet Admiral is a five-star flag rank that is only active during wartime. This rank was only conferred once to Admiral George Dewey during the Spanish-American war.