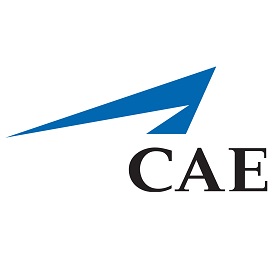 CAE has announced its fourth quarter and full fiscal year 2020 report, noting strong annual performance despite the impact of the COVID-19 pandemic, the company reported on Friday.

Income taxes this quarter were $26.9 million, representing an effective tax rate of 25 percent, compared to 13 percent for the fourth quarter of fiscal 2019. In the fourth quarter 2020, the income tax rate was impacted by a goodwill impairment charge for the Healthcare segment.

The company noted that, excluding the effect of the goodwill impairment, the income tax rate would have been 19 percent this quarter. On this basis, the decrease in the tax rate from the fourth quarter of fiscal 2019 was mainly due to the change in the mix of income from various jurisdictions.

Net finance expense this quarter was $38.5 million, $12.8 million higher than the fourth quarter of fiscal 2019, mainly from higher interest on long-term debt due to the issuance of unsecured senior notes in March and December 2019 and higher interest on lease liabilities as a result of the adoption of IFRS 16.

Return on capital employed (ROCE) was 10.7 percent in the fourth quarter compared to 11.4 percent last quarter and 12.9 percent in the fourth quarter last year, before specific items. Excluding the impacts of the adoption of IFRS 16, ROCE before specific items would have been 10.9 percent this quarter and 11.6 percent last quarter.

CAE is a global leader in training for the civil aviation, defence and security, and healthcare markets. Backed by a 70-year record of industry firsts, we continue to help define global training standards with our innovative virtual-to-live training solutions to make flying safer, maintain defence force readiness and enhance patient safety.

We have the broadest global presence in the industry, with over 10,000 employees, 160 sites and training locations in over 35 countries. Each year, we train more than 220,000 civil and defence crewmembers, including more than 135,000 pilots, and thousands of healthcare professionals worldwide.