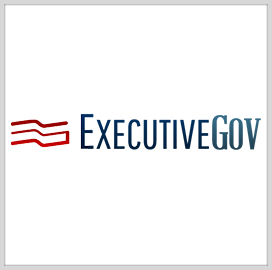 Intelsat has selected SpaceX as its launch partner for Intelsat 40e (IS-40e) in 2022 on SpaceX’s American-built Falcon 9 launch vehicle, the company announced on Tuesday.

Intelsat 40e is an advanced geostationary satellite that will provide Intelsat’s government and enterprise customers across North and Central America with high-throughput, coast-to-coast services. The satellite’s capabilities will support the growing number of customers that depend on Intelsat’s managed services and solutions to easily integrate satellite into their overall networking and communications strategies.

“We are honored Intelsat, one of the world’s premier satellite operators, has selected a flight-proven Falcon 9 to deliver its next geostationary communications satellite to orbit,” said SpaceX Vice President of Commercial Sales Tom Ochinero.

This is the second launch for Intelsat and SpaceX. In 2017, SpaceX launched Intelsat 35e, a satellite currently providing high-throughput coverage for Intelsat customers in portions of North and South America, Europe and Africa.

The Intelstat 40e is designed to support managed services users and will house NASA’s Tropospheric Emissions: Monitoring of Pollution, or TEMPO, space-based instrument. NASA chose Maxar in 2019 to operate the TEMPO payload. Maxar will integrate TEMPO with the satellite prior to the launch that the company expects to take place in 2022.

Maxar noted the findings from the TEMPO payload will potentially optimize air-quality forecasts and allow early pollution incident warnings in the U.S. Stephen Spengler, CEO at Intelsat, said the satellite will join the firm’s Epic platform, a system that employs C-, Ku- and Ka- frequency bands to support customers.

SpaceX designs, manufactures and launches advanced rockets and spacecraft. The company was founded in 2002 to revolutionize space technology, with the ultimate goal of enabling people to live on other planets. As one of the world’s fastest growing providers of launch services, SpaceX has secured over 100 missions to its manifest, representing over $12 billion on contract.