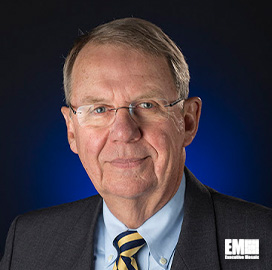 The US Department of Defense (DoD) unveiled a new Request for Prototype Proposal (RPP) calling for industry input on 5G technology development related to a Smart Warehouse testbed, network enhancements and applications at the Marine Corps Logistics Base in Albany, Georgia, the department announced on Thursday.

DoD issued the RPP to support government requirements, including NSC-20-2010, NSC-20-2020 and NSC-20-2030. NSC-20-2010 will require a 5G Prototype Testbed. Within the prototype testbed, DoD will require contractors to design and deploy a 5G network prototype that will serve as a reference implementation for Marine Corps smart warehouse operations.

The RPP announcement marks the first of four DoD has released. The department has projected the release in relation to 5G technology development.  Other planned RPPs relate to augmented and virtual reality for training purposes and dynamic spectrum sharing.

"This is the first of four proposals that the DOD has released.  We encourage our membership, which is made up of traditional contractors and innovative startups, to collaborate and respond to these incredibly important RPPs," added Dyer.

About the National Spectrum Consortium

National Spectrum Consortium is a team of our Nation's leading technologists, engineers, scientists, manufacturers, and program managers from industry, academia, and government working to solve the toughest problems facing the nation with regard to 5G, 5G-based technologies, and spectrum access and sharing.  The NSC's mission is to foster collaboration among Government, Industry and Academia to identify, develop and demonstrate the enabling technologies necessary to broaden the military and commercial access to and use of the electromagnetic spectrum for 5G and beyond.