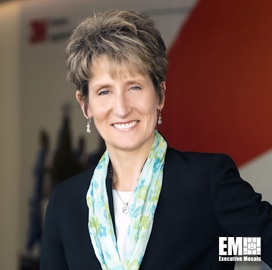 3M has announced its latest actions regarding the company’s efforts to research and share information related to per-and polyfluoroalkyl substances (PFAS) to advance environmental stewardship, 3M announced on Friday.

“We believe that current and future progress resulting from these actions can help facilitate a more inclusive, science-based discussion around PFAS and the critical role they play in so many modern applications,” said Denise Rutherford, senior vice president, 3M Corporate Affairs.

3M’s efforts have advanced the five initiatives and actions 3M announced in Sept. 2019, expanding its commitment to environmental awareness. The company has launched a research clearinghouse webpage and has integrated PFAS reference standards. These mark an important step in advancing the collective scientific knowledge around PFAS.

The clearinghouse has included published research 3M has conducted around PFAS testing, measurement and remediation best practices to facilitate access to information for communities and officials around the country.

In addition, the company has provided industry-leading PFAS reference standards that will be made available for free to government officials, researchers and academic institutions. 3M’s samples will simplify studies and testing for PFAS materials, which will decrease costs and expedite timelines for researchers.

“I am proud of the work we have done to engage with stakeholders and positively contribute toward the science of PFAS,” added Rutherford.

3M has also made progress on its other previously announced initiatives, including a commitment to ongoing remediation, coordinating research into PFAS, supporting nationwide science-based regulation and ensuring appropriate disposal of Aqueous Film Forming Foam (AFFF).

The company has begun the development of AFFF Stewardship pilot program that will support the utilization of the company’s legacy AFFF product that its customers may still store. 3M has implemented its latest granular activated carbon (GAC) treatment system in Decatur, Alabama.

3M will continue to collaborate with leading universities and government agencies like National Fermilab, California Institute of Technology and the University of Minnesota to advance the science of PFAS.

“The progress we’ve made on fulfilling our commitments is a positive step, and we will continue to identify new ways to share best practices and information about PFAS,” concluded Rutherford.

At 3M, we apply science in collaborative ways to improve lives daily. With $32 billion in sales, our 96,000 employees connect with customers all around the world.