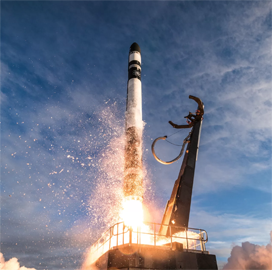 NASA has announced that the agency will host media teams at its Lunar Surface Innovation Consortium, a workshop held by Johns Hopkins Applied Physics Laboratory (APL) in Laurel, Maryland, on Feb. 28th, NASA reported on Friday.

At the consortium, experts from academia, industry and government will discuss how technologies and systems are necessary to further explore the Moon’s surface in innovative ways.

Universities and businesses will collaborate with NASA to make recommendations for a cohesive, executable strategy to efficiently develop and deploy technologies required for successful lunar surface exploration.

The workshop opens with an address by NASA Associate Administrator Steve Jurczyk at 9:15 a.m. The event will also feature discussions among NASA leaders and the university, laboratory and commercial space communities on the path ahead for technologies for long-term exploration of the Moon.

NASA’s Goddard Space Flight will utilize the information from the consortium to manage lunar missions, including the Lunar Reconnaissance Orbiter, the longest running lunar mission, and the Artemis Program, which is the agency’s next step in human exploration: sending astronauts to Mars.

The agency has also opened its doors to the media in early Feb. 2020 at the Johnson Space Center to promote upcoming missions.  Johnson director, Mark Geyer, and NASA associate administrator for Human Exploration and Operations, Doug Loverro served as speakers at the event.

Johnson will continue to transform human exploration of the solar system with new initiatives that include managing development and operation of key components in the agency's Artemis program. The program expects to land the first woman and the next man on the Moon by 2024.