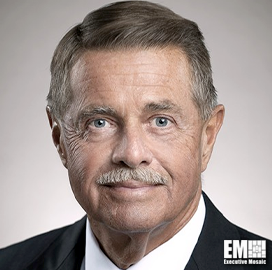 “As the incumbent, this win is a testament to the trust our partners place in Vertex and the high-caliber services we provide. We look forward to a long and successful partnership with NASA,” said Ed Boyington, president and CEO of Vertex Aerospace.

Vertex will provide maintenance and modification support and flight line operations at its AFRC site and other NASA centers. The company was awarded the previous contract in 2013 and has since provided uninterrupted maintenance and flight line operations support for regular and special-purpose research and support aircraft at the AFRC site, deployment locations across the U.S., and at numerous outside world-wide sights.

During the course of the current contract, Vertex has provided pilots who have served as navigators, flight engineers and instructor pilots, providing over 350 hours of instruction from 2013 to 2017. Transition efforts in support of this new award commenced January 17, 2020, and full performance began February 1, 2020. The contract consists of both firm-fixed price and cost-plus elements.

“We’re proud and honored to have been selected for this contract allowing us to continue our support of NASA’s mission,” added Boyington.

The company will also provide associated tools, equipment, and indirect and direct materials to support flight, test and evaluation activities. The modification represents an exercised option under a $151.3 million contract awarded in July 2014 to maintain T-45s at the organizational, intermediate and depot levels.

Vertex Aerospace offers a global capability and complete solution for aftermarket aerospace services for government and commercial customers. The Company’s international presence and vast range of services has distinguished it from competitors for over 45 years. The Mississippi-based Company operates in over 100 locations worldwide and is proud to have a 50 percent veteran employee rate.