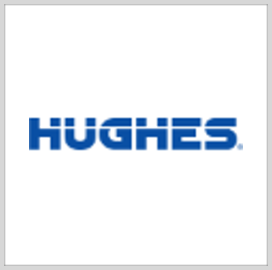 Hughes Network Systems has collaborated with Telecomunicaciones de México (TELECOMM) to install Hughes Express Wi-Fi hotspots, powered by Facebook Connectivity's Express Wi-Fi platform, in as many as 4,000 rural communities in Mexico, the company announced on Friday.

"We are excited to provide under our contract with Hughes the installation and maintenance of the Hughes Express Wi-Fi solution in rural communities nationwide," Sergio Viñals Padilla, Director General at TELECOMM. "Hughes satellite Internet will enable more Mexicans to enjoy transformation and social inclusion for the wellness of the population, as defined in the Federal Government Connectivity Program and Social Coverage Program."

Hughes has installed the first hotspot in the town of General Sandino, where there was previously no high-speed Internet. With Hughes Express Wi-Fi, the community will gain new access to social, economic and educational benefits of broadband Internet access.

The company will provide high-speed Internet access available to people in rural communities at prices as low as 50 cents per hour. Hughes will integrate the Hughes JUPITER System, its next  generation VSAT platform designed and optimized for broadband services, in addition to Ka-band capacity from the JUPITER 2 (EchoStar XIX) High-Throughput Satellite.

With Hughes’ systems, the company will enable Internet service to the locations that were selected under the Federal Government Connectivity Program and Social Coverage Program. At each site, Facebook Connectivity's Express Wi-Fi platform will provide local managers to operating systems  and make Wi-Fi available on handheld and laptop devices.

"The agreement with TELECOMM to deploy Hughes Express Wi-Fi hotspots at thousands of rural locations reflects the power of the solution to make affordable Internet access available quickly to help connect the unconnected," said Ramesh Ramaswamy, senior vice president and general manager, International Division at Hughes. "We look forward to working together…”

Hughes Network Systems, LLC (HUGHES) is the global leader in broadband satellite technology and services for home and office. Its flagship high-speed satellite Internet service is HughesNet®, the world's largest satellite network with over 1.4 million residential and business customers across the Americas.