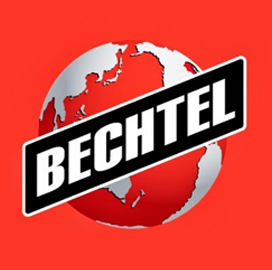 “Big cities around the world are coping with congestion, the effects of climate change, and aging infrastructure…Our goal is to be a partner in helping New York realize its vision of reducing carbon emissions, improving transportation, expanding its digital technology and insuring equal access to safe, reliable infrastructure,” said Bechtel.

Bechtel’s New York team will be supervised by Keith Sibley, former Testing & Commissioning program director with the company, who has ample experience with infrastructure projects in big cities in North American and Europe.

Silbey has led the major subway extension in Toronto, Canada and has worked in England on a new railway beneath London that spans over 62 miles. Additionally, he has headed a series of station upgrades across London’s underground tube network.

Previously, Silbey has managed a large-scale expansion at McCarran International Airport in Las Vegas. He has also headed the Boston, MA expansion of and tunnels, bridges, and rail projects.

“Bechtel has significant experience supporting New York with new insight, technology, and solutions for connecting the region. We look forward to collaborating with the local community to address the needs of the next generation of infrastructure,” said Sibley.

Bechtel is a trusted engineering, construction and project management partner to industry and government. Differentiated by the quality of our people and our relentless drive to deliver the most successful outcomes, we align our capabilities to our customers’ objectives to create a lasting positive impact.

Since 1898, we have helped customers complete more than 25,000 projects in 160 countries on all seven continents that have created jobs, grown economies, improved the resiliency of the world’s infrastructure, increased access to energy, resources, and vital services, and made the world a safer, cleaner place.