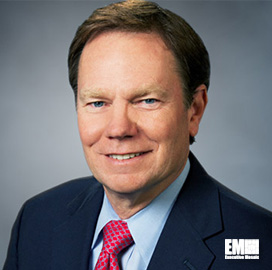 CenturyLink announced that current non-executive Board Chairman, Harvey Perry, will retire effective May 2020 under the company's director retirement policy with T. Michael Glenn assuming the position, CenturyLink reported on Saturday.

Perry joined CenturyLink and served as its secretary and general counsel between 1984 and 2004. Outside of CenturyLink, Perry worked as an attorney in private practice for 15 years.

Glenn, Perry’s successor, will bring his experience in planning and executing corporations strategic business activities, marketing, sales and retail to enhance CenturyLink’s leadership and growth. Glenn was appointed as a director for the company in Nov. 2017.

Prior to his retirement in 2016, Glenn served in senior leadership roles with FedEx Corporation, including as executive vice president of Market Development and Corporate Communications for the company since 1981.

“Without a doubt the most brilliant marketer I have ever met. His passionate leadership, strategic vision and intellect have transformed the FedEx portfolio and brand and immeasurably improved global commerce,” said Frederick W. Smith, FedEx Corp. chairman, president and chief executive officer at Glenn’s retirement announcement.

CenturyLink, Inc. is a technology leader delivering hybrid networking, cloud connectivity and security solutions to customers around the world. Through its extensive global fiber network, CenturyLink provides secure and reliable services to meet the growing digital demands of businesses and consumers. CenturyLink strives to be the trusted connection to the networked world and is focused on delivering technology that enhances the customer experience.