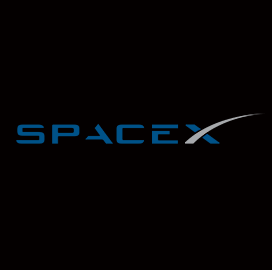 SpaceX has announced the upcoming launch of the Crew Dragon spacecraft and Falcon 9 rocket to the International Space Station (ISS) on Jan. 18, 2019 to test the spacecraft’s in-flight abort capabilities, the company reported on Monday.

NASA’s commercial Crew Program, with SpaceX, will prepare to launch the final test before the Dragon and Falcon 9 are occupied for departure to the ISS. The agency will use the in-flight abort feature to show the spacecraft’s escape capabilities, which the crew system can use to protect astronauts in the event of an emergency during launch.

In preparation for the launch, SpaceX and NASA will practice operations with the astronauts on standby, and they will perform the final spacecraft inspections and side hatch closeout. Flight controllers and support teams will also be present to help them integrate the launch team and gain additional experience outside of simulations and training.

During the test, the company will trigger Crew Dragon’s launch escape approximately 1 minute and 30 seconds into flight to demonstrate the spacecraft’s ability to safely separate from the Falcon 9 rocket in the event of an in-flight emergency.

Upon the spacecraft’s return, Air Force Detachment-3 personnel and SpaceX will work together to further analyze the safety features of the launch and landing. Additionally, the company will practice their initial approach to the spacecraft in the open ocean.

The training will allow the personnel to mimic an actual spacecraft launch and retrieval methods before the SpaceX team recovers Crew Dragon for return to Cape Canaveral. The uncrewed flight test scheduled for 8 a.m. EST Saturday, Jan. 18, departing from Launch Complex 39A in Florida. The test will last for four hours.

Space Exploration Technologies Corp., doing business as SpaceX, is a private American aerospace manufacturer and space transportation services company headquartered in Hawthorne, California. It was founded in 2002 by Elon Musk with the goal of reducing space transportation costs to enable the colonization of Mars.