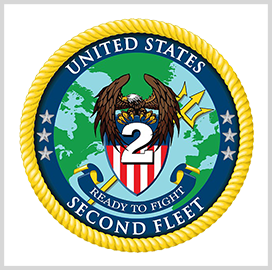 The U.S. Navy has declared full operational capability for its 2nd Fleet after the numbered military unit  demonstrated a capacity to take responsibility over assigned forces while complying with the service branch's doctrine.

Vice Adm. Andrew Lewis has commanded C2F since it was reestablished in August 2018 to primarily conduct forward operations and employ combat ready naval personnel across the Atlantic and Arctic regions, the Navy said Tuesday.

C2F will also help generate, train and certify forces as part of its mission. The Norfolk, Va.-based fleet showcased warfighting, lethality and interoperability approaches during the Baltic Operations exercise that took place in June last year.