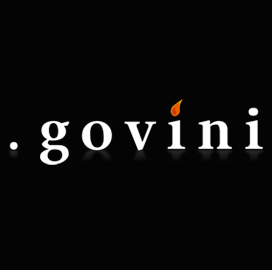 Tara Murphy Dougherty has been promoted to CEO of Govini to grow the company’s influence within the business and defense sectors, the company announced on Tuesday.

Chris Taylor stated, “We are thrilled to promote Tara to CEO of Govini given her breadth of business and defense experience. Coupled with her strategic vision for the organization, we are now set for our next stage of growth.”

Murphy Dougherty has served Govini since Feb. 2018, starting her career at the company as vice president of the National Security Practice. She was promoted to president of the sector in June 2018, and has remained in the role until her recent appointment as CEO. In the roles Murphy  Dougherty led strategy and growth and supervised Govini’s work with all federal clients.

Prior to Govini she held leadership positions in technology across industry, government, and non-profit sectors, including at Palantir Technologies and serving as Chief of Staff for Global Strategic Affairs in the Office of the Secretary of Defense, among other senior roles.

She served as a non-resident senior associate with the Center for Strategic and International Studies (CSIS) from March 2014 to Feb. 2018. Murphy Dougherty also served with the business development team at Palantir Technologies between Jan. 2014 and Feb 2018.

Additionally, she worked as the special assistant to the assistant secretary of defense from Jan. 2012 to Dec. 2013 and a policy analyst from June 2010 and Dec. 2011 with the Office of the Secretary of Defense. Murphy Dougherty began her career at CSIS as a research associate in Jan 2006 and became a fellow in Jan. 2010, where she served until Oct. 2010.

“I am very excited for the opportunity to lead such a talented and dedicated group of people into our next phase,” said Murphy Dougherty. “Govini remains committed to delivering objective, decision-grade data and analytic capabilities across DoD and the national security enterprise, so leaders can better direct investments to innovation and modernization.”

These capabilities enable defense leaders to achieve superior innovation and modernization outcomes on shorter timelines and at a lower cost than traditional methods. Govini has offices in Arlington, Virginia, San Francisco, California, and Pittsburgh, Pennsylvania.