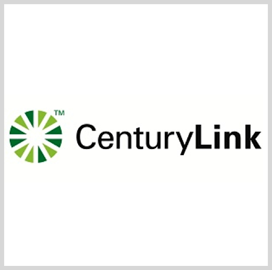 CenturyLink has announced its support for the Federal Communications Commission’s (FCC) approval of the ten-year, $20.4 billion Rural Digital Opportunity Fund, the company announced on Thursday. The order will  design a course for the future of broadband support through the FCC’s Universal Service Fund program.

“We appreciate Chairman Pai’s and the other commissioners’ leadership and collaborative efforts in designing a program that will bring the tremendous benefits of broadband and faster speeds to more Americans in high-cost, hard-to-serve areas of the country where it’s currently lacking,” said David Bartlett, CenturyLink vice president of government affairs.

The order will support up to gigabit speed broadband networks in areas without access to 25/3 Mbps broadband service and connect people in a cost-effective manner, funded through competitive bidding.

Without access to broadband, rural communities are unable to connect to the digital economy, education, employment, healthcare, and civic and social engagement. This Order would establish a new two-stage support mechanism.

In Phase I, the commission will also allocate up to $16 billion for support targeting census blocks that are unserved by 25/3 Mbps broadband service. The FCC will use at least $4.4 billion in Phase II for unserved locations in partially served census blocks and areas not won in Phase I.

In addition, the census will deploy networks that will stand the test of time, including those providing gigabit connections by increasing the minimum speed to 25/3 Mbps from the 10/1 Mbps used in the Connect America Fund Phase II auction.

The order will also prioritize the support for services with faster speeds and low latency and allocate support in each area to the bidder in the faster speed tier when there is more than one bid to serve that area.

The order will additionally require winning bidders in Phase I to offer broadband and voice service to all eligible homes and small businesses within the awarded areas. The FCC will prioritize support going to areas entirely lacking even 10/1 Mbps broadband as well as rural Tribal areas.

“We are excited that the FCC has adopted the Rural Digital Opportunity Fund,” Bartlett added.

CenturyLink (NYSE: CTL) is a technology leader delivering hybrid networking, cloud connectivity, and security solutions to customers around the world. Through its extensive global fiber network, CenturyLink provides secure and reliable services to meet the growing digital demands of businesses and consumers. CenturyLink strives to be the trusted connection to the networked world and is focused on delivering technology that enhances the customer experience. Learn more at http://news.centurylink.com/