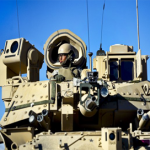 The U.S. Army expects to release this summer a maneuver force modernization strategy that describes what the military branch’s warfighters should do to counter potential threats between 2020 and 2040.

The Army aims to build next-generation combat vehicles as part of its modernization plan to help address logistics challenges on the execution of missions in contested environments for extended periods.

The branch also looks to acquire a set of light infantry vehicles that offer the same amount of firepower and mobility from ground mobility vehicles and light reconnaissance vehicles.

The strategy also calls for Army soldiers to adopt technologies to manage air, cyber, land, maritime and space systems when they perform missions in contested environments.