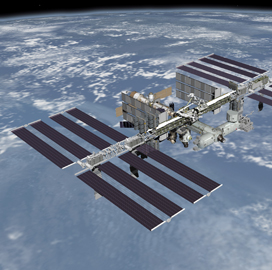 NASA has moved forward in its effort restart manned space missions by issuing a request for proposals to industry for crew transportation systems.

The call for proposals under the next phase of NASA’s Commercial Crew Program is intended to emphasize safety, reliability and cost requirements, NASA said Tuesday.

Those requirements include include compliance with the agency’s assessments of all development phases as well as crewed flight tests to the International Space Station to achieve certification.

NASA expects to announce the winners of the new round of firm-fixed price contracts in September 2014.

“Our American industry partners have already proven they can safely and reliably launch supplies to the space station, and now we’re working with them to get our crews there as well,” NASA Administrator Charles Bolden said.

“Finalizing these systems in accordance with NASA’s certification requirements will not be easy,” said William Gerstenmaier, NASA’s associate administrator for human exploration and operations.

“The acquisition approach we are using is designed to leverage the innovative power of industry with the expertise, skill and hard learned lessons from NASA,” he added.

NASA said it aims to launch astronauts from U.S. soil to the space station by 2017 if its budget permits.