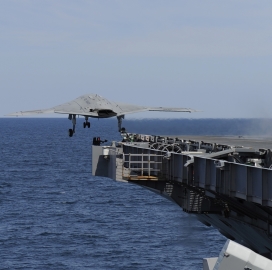 The Seals worked with Filipino soldiers as they operated UAVs, with one drone launching from a marine vessel during the demonstration held at a base near Manila.

Philippine Defense Secretary Voltaire Gazmin told AFP the Asian country intends to grant U.S. and Japan access to its military facilities to counter threats by China due to territorial disputes.

Jeremy Eden, a U.S. maritime civil affairs officer, told AFP the miniature “Puma” aircraft used during the drill are only for surveillance purposes, the article added.