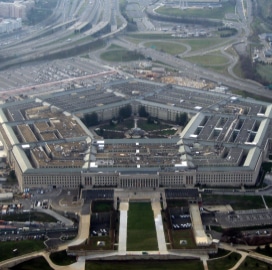 The Department of Defense is seeking legislative approval to allow some of its programs and budgetary allocations stated in the five-year Future Years Defense Program to remain classified, Defense News reported Saturday.

Chris Sherwood, a spokesman for the DoD, said in a statement that the department has not complied with the request due to concerns that “providing that level of detail for the outyears might put critical information at risk and breach classification standards.” The fiscal 2018 National Defense Authorization Act currently requires the DoD to submit an unclassified FYDP report, he noted.

Sherwood’s comments come after the Federation of American Scientists’ Steven Aftergood released a report detailing the DoD’s plans on the legislative proposal.

Aftergood noted that the proposal would make it difficult for Congress and the public to “refocus and reconstruct the defense budget.”

“The DoD is exploring all possible paths forward, including requesting relief from the new requirement, as well as trying to determine how much information can safely be public in addition to all the budget information already made available,” he added.

According to Sherwood, the legislative proposal would not change the Pentagon’s procedures related to budgetary disclosure.