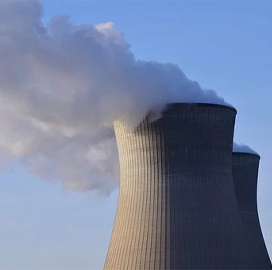 The DoD will downselect one of the firms to further develop and demonstrate a nuclear reactor concept following a two-year design and maturation phase as part of the Strategic Capabilities Office project.

In a prior press release, the department noted that a nuclear microreactor would allow units to generate clean power supply, provide long-term support to critical infrastructure and conduct extended operations such as humanitarian and emergency response missions around the world.

“If I can get a small nuclear reactor that’s safe in the size of a 40-foot container — which is what we’re looking at right now — and deliver it somewhere, it will fuel a city,” noted Maj. Gen. Sue Davidson, director for logistics, engineering and security cooperation at the U.S. Indo-Pacific Command, during a National Defense Industrial Association event in Honolulu.

The DoD uses over 30 terawatt-hours of power annually and 10 million gallons of fuel per day, according to National Defense’s report.