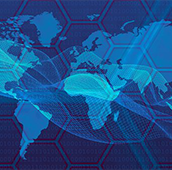 The U.S. Army plans to use its Global Agile Integrated Transport communications platform for the Defender 2020 military exercise in Europe, C4ISRnet reported Monday.

GAIT, which acts as a router for point-to-point communications across the world, will be deployed for the large-scale Mission Partner Environment that connects coalition forces as part of the exercise in spring.

Army officials said the tool may also be used for disaster response due to its capacity to connect with non-military domains. GAIT is additionally suitable for medical operations in the battlefield, they noted.

“The beauty of GAIT is it doesn’t really carry data that you can use; it’s a transport,” said Joe Vano, a tactical network project manager for the Army. “You can’t take anything out of there. Everything has to be encrypted.”