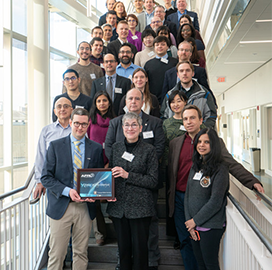 CMU will host the center under a multi-million-dollar agreement with the U.S. Air Force in support of academic research and development, Wright-Patterson AF Base said Monday.

Students working for doctorates will use artificial intelligence applications to create new materials and further build on existing ones. The center will support such projects.

“Student researchers will spend their summers onsite at Wright-Patterson Air Force Base and AFRL scientists will, in turn, spend time at CMU throughout the academic year," said Sean Donegan, project manager at AFRL.

The CoE will also consist of experts in machine learning and computer science, fields that would serve as mediums for the research.

AFRL and a separate panel of advisers will conduct yearly reviews on the CoE's work to track progress.