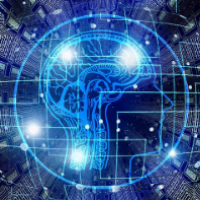 The Senate incorporated an amendment into the Fiscal Year 2020 National Defense Authorization Act conference report in a move to ensure that the U.S. military and Congress understand a new concept of artificial intelligence.

“Explainable AI has a lot to offer. As we deploy autonomous systems, we also should understand why those systems make the decisions they do," Sen. Rob Portman, R-Ohio, said in a statement released Tuesday.

"By requiring our military to think about the uses of explainable AI, the capabilities and limitations of the technology, and the obstacles to the deployment of explainable systems, the inclusion of this requirement in the NDAA conference report is a step towards that goal,” Portman added.

Explainable AI systems are designed to help users comprehend, trust and validate the decision-making capacity of a platform.

Some lawmakers believe the adoption of such technology can have potential impacts on the application of an autonomous vehicle or weapon and on initiatives to address bias from an automated decision-making process.