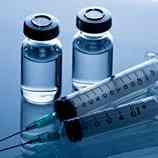 The National Institutes of Health has awarded the University of Georgia a potential seven-year, $130 million contract to develop and test an influenza vaccine that can protect against multiple virus strains. UGA said Tuesday that NIH allocated $8 million for the first year of the project slated to begin this month.

As part of the agreement, UGA will manage operations at an NIH Collaborative Influenza Vaccine Innovation Center and lead a team of academics that will work to create vaccines intended to protect against various strains in a single dose.

According to UGA, the project is aimed at discovering influenza vaccines that may replace annually-administered seasonal vaccines in the future.

“The main goal of our project is to identify vaccines that are broadly protective, meaning that they will protect people against most of the versions of the influenza virus that infect humans,” said Ted Ross, director of the UGA Center for Vaccines and Immunology. “But we are particularly interested in developing a vaccine that protects the most vulnerable people in our population, including children, the elderly or people with weakened immune systems.”

Work under the contract wil run through 2026 if all options are exercised.