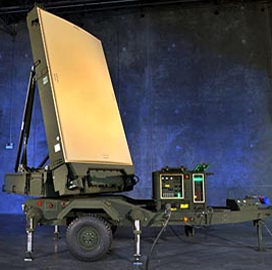 The team has deployed 11 CEG shelters during the low-rate initial production phase to date and began full-rate production of the Humvee-mounted platform in the summer. According to the depot, PEG pallet is undergoing adjustments intended to address warfighter requirements.

Tobyhanna will support integration and testing of the radar's third subsystem, called the Radar Equipment Group, next year. The Marine Corps aims to deploy 45 G/ATOR systems across the military branch.