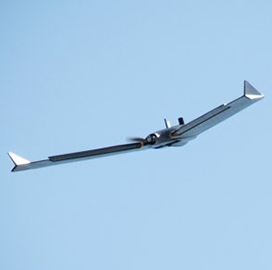 U.S. Army Engineering and Support Center has conducted initial survey flights of a new unmanned aircraft system designed to gather intelligence imagery. The center is working to adopt a safer way to capture mapping images for the Army's missions worldwide, and considers the senseFly eBee X to address this need, the service branch said Tuesday.

"Our goal is to utilize it to make us more efficient in how we collect all types of engineering data, specifically surveying data and topographic data," said A. Wade Doss, chief of the civil structures division of the Huntsville, Ala.-based center's engineering directorate.

Doss said the UAS would take part in simple missions and help the Army generate 3D models. The aircraft cloud also deploy in hazardous areas to gather needed data and avoid the need of deploying human personnel in these places.

Strange's team is now pursuing efforts to ensure accuracy of processes before the system's use in other projects.