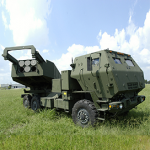 The U.S. Army has collaborated with industry to accelerate the production of the Lockheed Martin-built High Mobility Artillery Rocket System that works to home in on enemy targets at a range of up to 300 miles, Scout Warrior reported Monday.

“HIMARS production has resumed in the U.S. for the first time since mid-2013, creating a production capability critical for both U.S. and partner nations’ field artillery defense,” said Daniel O’Boyle, spokesman for program executive officer for missiles and space.

Boyle noted the re-establishment of a production line in the U.S. for HIMARS seeks to facilitate response to evolving conditions and requirements.