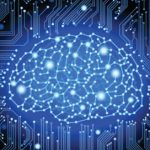 Participants from about 36 federal agencies worked with Google, Amazon, Microsoft, Facebook, Oracle, Mitre and Dcode42 during the pilot to explore ways to deliver public information in a faster and more efficient manner, Herman added.

The teams developed more than a dozen prototypes including a tornado alert and information service from the National Oceanic and Atmospheric Administration; career center resources from the Labor Department; a unified self-service chatbot for various programs from nine agencies.

GSA plans to host another event at its central office in July to demonstrate proofs of concepts developed by federal agencies and U.S. companies.