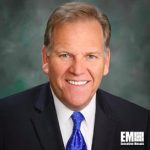 The FBI Agents Association has urged President Donald Trump to consider Mike Rogers, a CNN commentator and former chairman of the House Intelligence Committee, as a potential candidate to lead the FBI.

“Rogers’ unique and diverse experience will allow him to effectively lead the men and women of the bureau as we work to protect our country from criminal and terrorist threats,” FBIAA Thomas O’Connor said in a statement released Saturday.

“Rogers exemplifies the principles that should be possessed by the next FBI director,” O’Connor added.

Those principles include efforts to make FBI special agents key to the bureau’s core mission, initiative to fight crimes in the 21st century and the importance of seeking agents’ feedback on field-related issues.

He spent 15 years in the House of Representatives, where he also served as a member of the Energy and Commerce Committee.

He is also a former special agent with the FBI and a member of the U.S. Army.