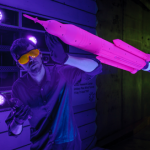 NASA engineers have begun to conduct a series of wind tunnel tests on scale crew and cargo models of the second-generation Space Launch System in an effort to collect data for use in the design of the upgraded rocket as well as its ground and control platforms.

The upgraded SLS will have a lift capacity of up to 105 metric tons and will have a 364-foot-tall crew configuration designed to bring up to four astronauts onboard the Orion spacecraft to the deep space proving ground in order to demonstrate technology systems for the Journey to Mars mission, NASA said Thursday.

Engineers at NASA’s Ames Research Center in California completed in November ascent tests that sought to analyze the SLS’ behavior as it moves up after launch, while researchers at Langley Research Center in Virginia performed buffet tests to determine how the rocket’s cargo configuration behaves as it approaches the speed of sound.

Engineers at Langley will also evaluate the performance of the rocket’s solid rocket boosters during ascent early next year and conduct the liftoff transition tests in the summer of 2017.

“We expect that at the end of this test series we will have all the aerodynamic flight data needed for the upgraded rocket,” John Blevins, SLS lead engineer for aerodynamics and acoustics at NASA’s Marshall Space Flight Center in Alabama.

“We’ll be ready for the first flight with crew, targeted as early as 2021, and subsequent flights,” he added.

NASA also partnered with New York-based nonprofit research and development firm CUBRC to test how the launch vehicle heats up as it climbs into space through the use of another type of wind tunnel.