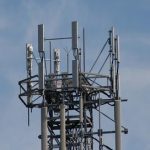 Defense Advanced Research Projects Agency researchers have began to develop a 100-gigabit-per-second wireless communications system and will continue further development and testing within the next year, C4ISR & Networks reported Friday.

Adam Stone writes the 100G program looks to position networking assets at altitudes of around 60,000 feet and distribute the network at ranges of 124 miles air-to-air and 62 miles air-to-ground.

Researchers aim to utilize higher-order modulation, to boost efficient use of bandwidth, as well as line-of-sight spatial multiplexing in a push to fully achieve 100G functionality.

“We specifically invested in high-order modulation and spatial multiplexing methods early in the program because the current state-of-the-art did not readily support our needs.”

The second phase of the 100G program has begun and it will aim to integrate various technologies that have passed muster to develop a new system.