Who is the owner of Bechtel group? 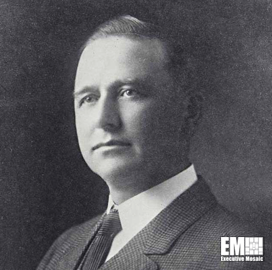 Bechtel has been functioning as a family-owned company. The company’s founding father is Warren Bechtel, and four generations of Bechtel family members have taken over the corporation. He was an employee of the fast-growing U.S. railroad industry back in 1898 after the failure of his cattle ranch in Oklahoma. Bechtel’s notable works include the Channel Tunnel, Tacoma Narrows Bridge, and the Hoover Dam.

Bechtel’s executive leadership team delivers quality solutions that benefit communities around the globe. With more than 55,000 employees in 73 countries, it’s one of the most diverse organizations in the industry. This section lists the people who play a major role in helping Bechtel meet its goals through their expertise and contributions.

Brendan is the current chairman and CEO of Bechtel Group, Inc. He is the fifth Bechtel family generation to take over the company. When he first joined the corporation, he took executive leadership, project management, and field construction responsibilities. He was named president and a chief operating officer from 2014 to 2016. In September 2016, he became the Bechtel CEO.

Craig Albert is Bechtel group’s chief operating officer and president. He manages and oversees the company’s board of directors and global operations and is chairman of the operating committee. His 24 years of employment in Bechtel have held him roles in operational and management positions and executive leadership. He served four years as the president of Bechtel’s Infrastructure global business unit in London.

John Howanitz was a veteran project manager who joined Bechtel in 1982. In September 2021, John Howanitz was named president of Bechtel’s Nuclear, Security, and Environmental global business unit. He manages the U.S. allied government’s portfolio and civil nuclear projects to protect the planet and people. He was the previous general manager of Bechtel’s business line, supporting the U.S. National Nuclear Security Administration. His other leadership roles as a general manager include these projects:

Paul Marsden is the current president of Bechtel’s Houston-based Energy global business unit. He has deep expertise in the energy and petrochemicals sectors. Paul led the delivery of Shell’s Pennsylvania Chemicals project, one of the biggest construction projects in the country.

Ailie MacAdam is the president of Bechtel’s Mining and Metals global business unit. She has more than 35 years of experience in Bechtel and is based in Brisbane, Australia. Ailie was the operations manager for Bechtel’s Infrastructure business before she started leading the mining and metals business. She manages complex civil infrastructure and transportation projects alongside the company’s oil, chemical, and gas projects in Africa and Europe.

Catherine Ryan is the current president of the manufacturing and technology business of Bechtel group. She is responsible for the worldwide markets of construction, design, electric vehicles, data centers, and semiconductor project delivery. Before obtaining this role, she was the chief financial officer, leading Bechtel enterprises’ finance organization, including treasury, tax, shared service functions, and corporate planning.

As the general counsel of Bechtel, Michael Bailey is responsible for the company’s internal audit, ethics, legal, compliance, and risk management functions. He is currently based in Reston, VA. Before becoming the general counsel, he was based in London from 2005 to 2010, serving as the managing director of the company’s global civil business. Also, from 1998 to 2005, he was Bechtel Enterprises’ general counsel, manager of technology venture portfolio and direct investments, and HR director.

Bill Caudle is the acting president of Bechtel’s project development, Enterprises, and investment and financing business. As a leader, he is actively partnering on projects in the development of energy transition, clean energy, communication, and transportation sectors. In addition, he was a managing director for Bechtel Enterprises, where he was responsible for project development of low carbon and renewable power, water and wastewater infrastructure and technologies, and more.

As a chief Bechtel group HR, Justin Zaccaria is responsible for global human resources and all enterprise-wide HR operations, processes, and programs. He works with Bechtel’s global business units, services, and functions to check HR talent and programs align well with the client’s needs and enterprise strategy. His other roles include the following:

Stuart Jones had 30 years of experience in foreign services before joining Bechtel, where he led internal and domestic assignments, including being Iraq and Jordan’s ambassador and the Bureau of Near East Asian Affairs’ assistant secretary. As the president of corporate and regional affairs, Jones manages the company’s domestic and international corporate connections and government relations. He was also a region president for the Middle East and Europe and obtained his present role in 2019.

Mr. Joshi is the current corporate manager of the engineering, procurement, and construction (EPC) services functions for the company. He oversees Bechtel’s safe and health quality, enterprise-wide environmental, and EPC functions by being responsible for critical work procedures, value chains, innovation, and tools. In his three decades at Bechtel, he has handled small to large projects in multiple industries such as power generation, petrochemicals, infrastructure, and utilities.

Emad Khedr’s responsibilities as a Bechtel Group, Inc. commercial manager include strengthening the commercial aspects of significant bids to help the company win new prospects and supporting delivery throughout the project’s lifecycle. Before obtaining his role as a commercial manager, he was Bechtel’s Energy business unit’s operations manager.

Paul Gibbs joined Bechtel in 2005 in London. In 2012, he became the company’s region president for Africa until 2014, when he moved to the United States to be Bechtel’s executive assistant to the CEO and COO, Bill Dudley and Brendan Bechtel, respectively. At present, he manages corporate business development. Before that, he was also a project director for the company’s Crossrail Programme, known as the Elizabeth Line.

When she joined Bechtel in 2022, she had more than ten years of experience assisting the country’s most innovative and largest companies to achieve advocacy and critical communication goals. In addition, she was a deputy head of communications for Business Roundtable (BRT), a nonprofit organization in Washington D.C. for the CEOs of top companies, including Bechtel. 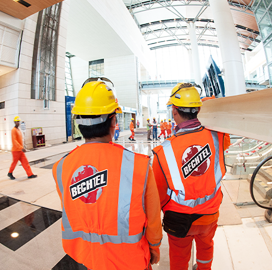 In the world of global construction, Bechtel is almost synonymous with big infrastructure projects. Being America’s largest construction company, Bechtel has built some of the most famous dams, highways, and bridges in the U.S. and globally. Bechtel’s leaders and executives are the authors of its success. Most of them have a long working history with the company and are fully responsible for its continued prosperity. They are familiar with all aspects of the business and possess extensive experience to help clients deliver projects for current and future generations.