Raytheon Technologies subsidiary Collins Aerospace made its name as one of the world’s largest suppliers of aerospace and defense products.

Collins provides answers to the most difficult questions, and solutions to the biggest challenges. Every day, they raise the bar of their success by sharing their ideas, perspectives, and expertise with the world. Here are the government contracts won by the company: 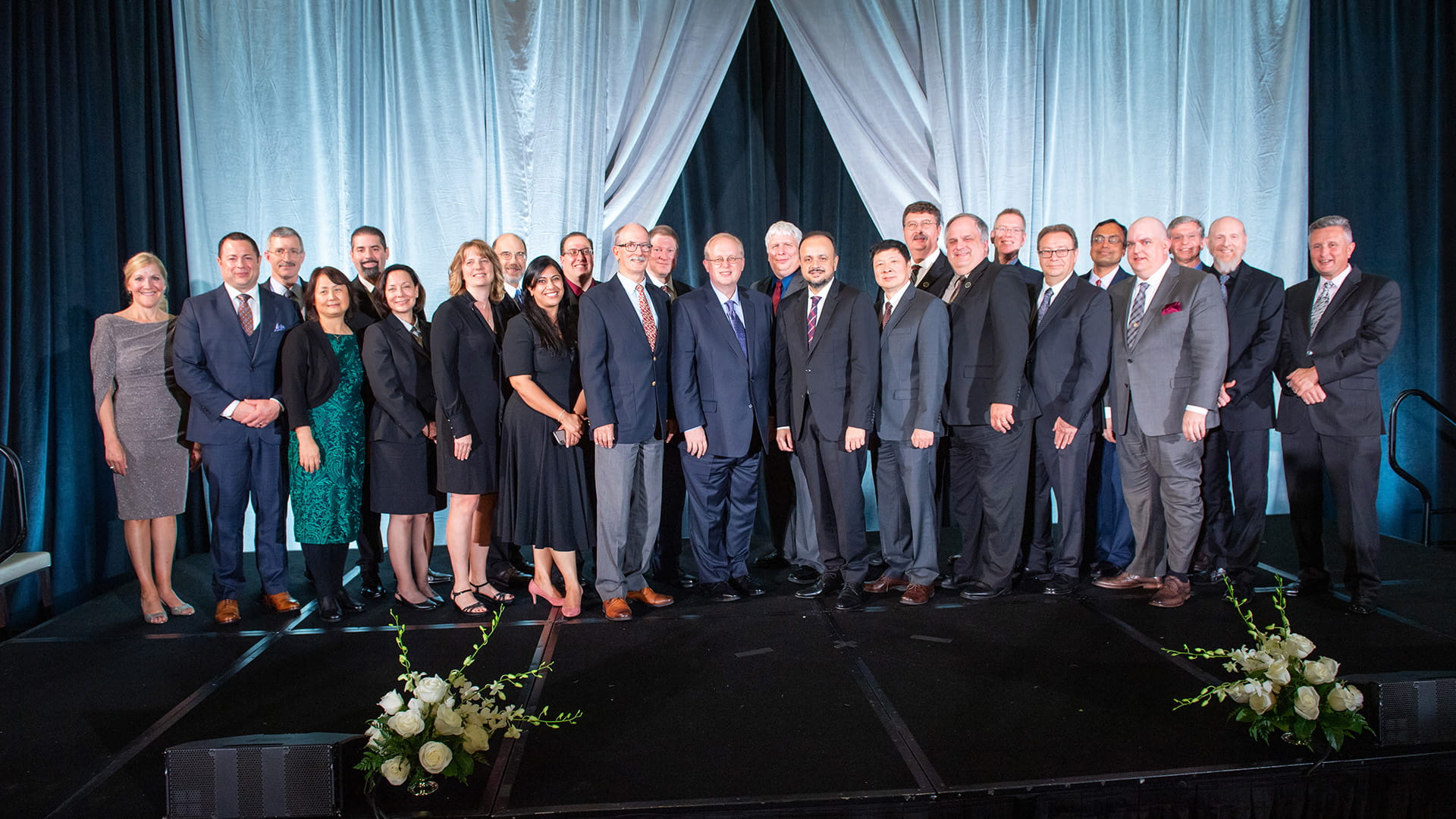 Collins Aerospace will upgrade the Chilean Air Force’s C-130 fleet, including C-130B, C-130E, KC-130R, and C-130H model variants. Once the installation is done, this will be the first international Chilean Air Force (CAF) C-130 to be successfully upgraded to the NP2000 propeller system.

Collins has already modified 25 C-130Hs with NP2000 propellers, and the USAF aims to equip around 100 C-130Hs with the new system. The NP2000 is equipped with eight composite blades and an electronic control system that boosts thrust by 20% during takeoff while reducing aircraft noise by 20dB and maintenance man-hours by 50%.

Collins Aerospace has been granted a three-year contract by the U.S. Air Force Research Laboratory (AFRL) to develop a ventral fin prototype for the F-16 fighter aircraft.

Collins will use its thermoplastic welding technology to construct sophisticated, high-impact resistant fins. This should reduce the weight and expense of the present F-16 aircraft structure. Over the next five years, the company expects to invest around $100 million in the growth of its thermoplastic technology. 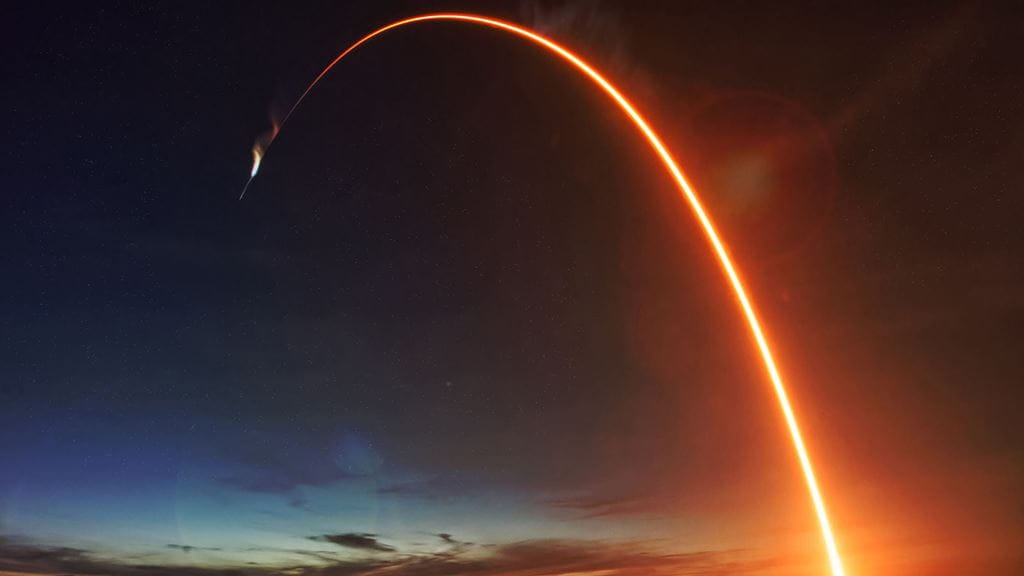 A multi-million-pound program, which is a part of the United Kingdom’s Weapons Sector Research Framework (WSRF), has been awarded to Collins Aerospace.

The company will help develop a navigation-grade Inertial Measurement Unit (IMU) with the U.K. Ministry of Defense’s Defence Science and Technology Laboratory (DSTL). This will be used in complex weapons platforms in the near future.

The work will be performed at the Collins’ engineering and manufacturing facility in Plymouth, United Kingdom. A team from the company’s Advanced Technology division in Bristol will also contribute to the IMU’s development.

Collins states that IMU technology enables navigation and guidance for multi-domain platforms, ensuring that each platform delivers the desired performance at a relatively reduced cost.

4. Boeing Woks to Work with Collins Aerospace for The U.S. Air Force’s F-15EX Wheels and Brakes

Boeing was awarded an Air Force contract and chose to collaborate with Collins Aerospace for the production.

Collins is tasked to design, develop, and qualify the F-15 wheels and brakes for F-15C/D and F-15E variants of the U.S. Air Force’s F-15EX aircraft, replacing Boeing’s legacy wheels and brakes in the production line.

Since Collins already worked closely with the U.S. Air Force on the Wheel and Brake System Improvement (WBSI) program, it attained installation approval from Boeing after five years of operations.

Collins’ mission is to lower the lifecycle cost over the lifespan of the aircraft while improving the longevity of the wheel and carbon brakes. Their ventures continue to meet, if not exceed, all of the U.S. Air Force performance standards for the program. 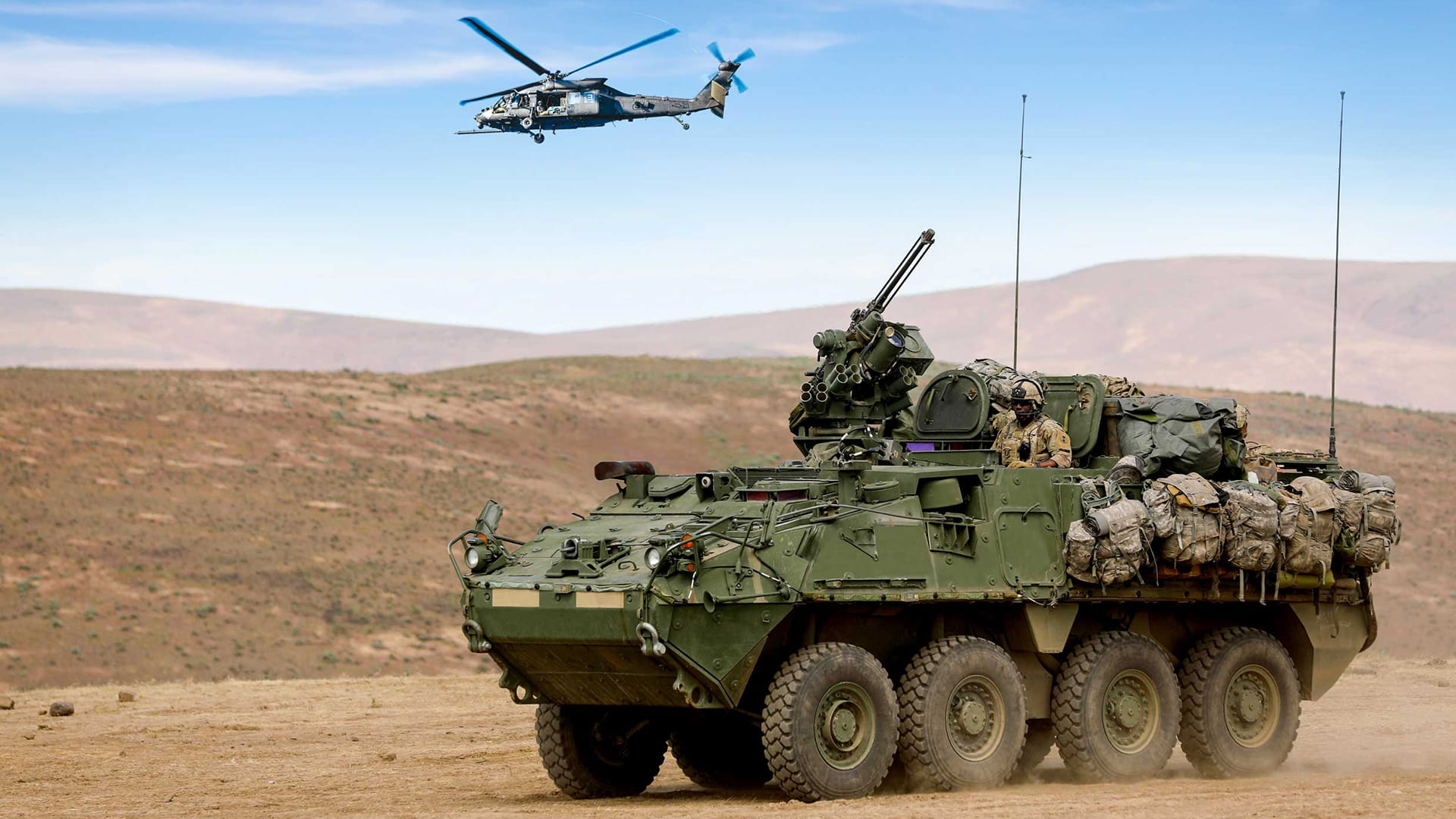 Another Indefinite Delivery/Indefinite Quantity (IDIQ) production contract from the U.S. Army has been awarded to Collins Aerospace. The contract is for the Mounted Assured Positioning, Navigation, and Timing System (MAPS) Gen II program with a 583 million dollars ceiling value for five years.

With the incorporation of MAPS Gen II onto ground vehicles, soldiers are able to navigate through high-threat settings with the assurance of knowing where they are, where they need to go, and the exact time with weapons on target.

MAPS Gen II is constructed with the company’s NavHub-100 navigation system and MSAS-100 (multi-sensor antenna system), which include increased protection against developing Positioning, Navigation, and Timing (PNT) and electronic threats in multi-domain operations.

This is the company’s sixth order from the U.S. Army for the development of next-generation HMS radios under a contract awarded in February 2016 to Rockwell Collins, Harris, and General Dynamics C4 Systems.

As part of the army’s initiatives to modernize combat communications, U.S. Army spends a maximum of $12.7 billion on a firm-fixed-price contract for manpack radios, accessories, and related services. This is anticipated to be done by March 2026. 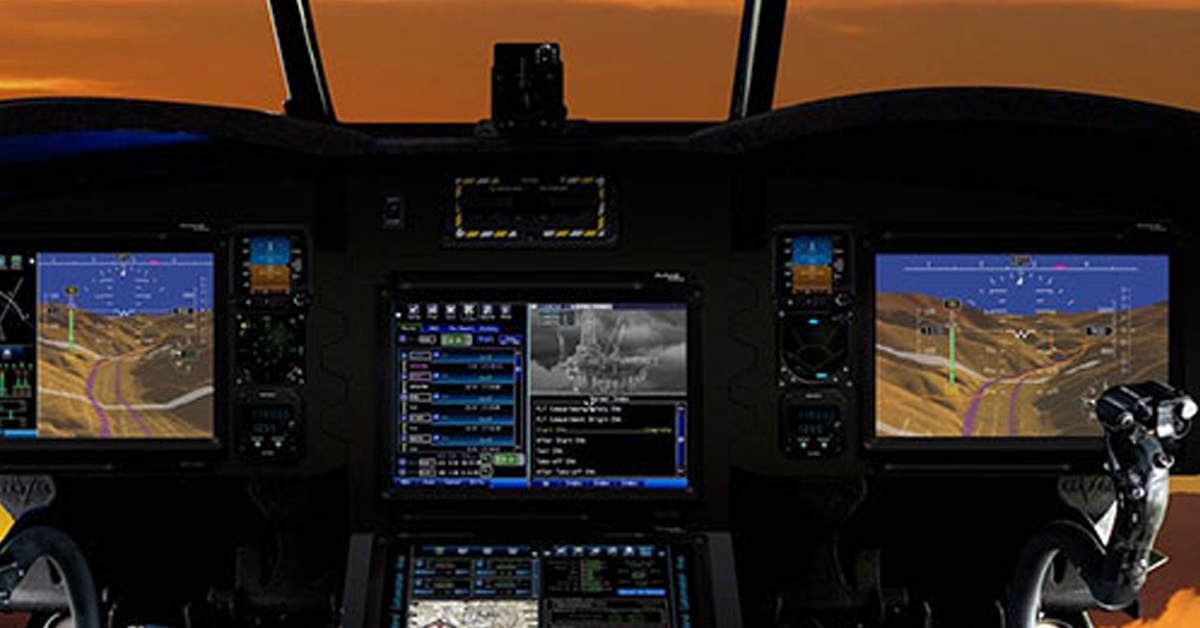 For the next phase of the Army Aviation’s Enduring and Future Vertical Lift (FVL) fleet’s Air-Launched Effects (ALE) small program, Collins Aerospace is selected as the Mission System solutions provider.

As a support to the program, the company successfully demonstrated the ALE capabilities of the RapidEdge™ Mission System in November 2021.

ALE, an uncrewed aerial system (UAS),  will assist Army Aviation in enhancing lethality and ensuring crewed platforms’ durability through numerous payloads and a mission system. That said, RapidEdge will support ALE by providing centralized functions, such as radios for communication.

Additionally, the mission system will include solutions for handling secret information and mission computing. It also enables autonomous ALEs to collaborate by utilizing their individual payloads.

The company developing the world’s fastest airliner, Boom Supersonic, will collaborate with Collins Aerospace on the Overture program.

The Overture will fly Mach 1.7 over water with a range of 4,250 nautical miles. It will carry around 65–80 passengers at twice the speed of modern-day’s airliners and run on 100% sustainable aviation fuel (SAF). Currently, there are 70 aircraft on order, with airlines such as United and Japan Airlines betting on the aircraft.

Boom has collaborated with several aerospace companies for the development of the aircraft and, on the second day of the Farnborough Airshow, announced an agreement with Collins. The company plans to roll out the airplanes in 2025, initiate flight tests in 2026, and start passenger service in 2029. 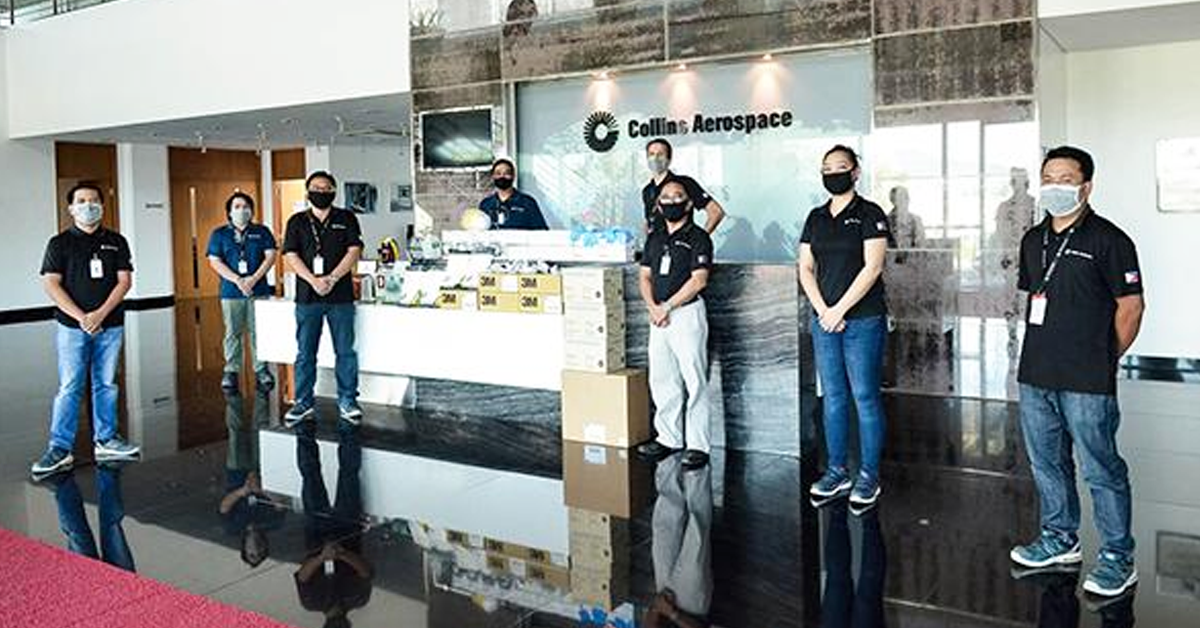 Below are some of the frequently asked questions about Collins Aerospace:

What does Collins Aerospace manufacture?

Is Collins Aerospace a government contractor?

For over 85 years, Collins Aerospace has been offering intelligent aviation solutions — such as air traffic control, border management systems, and aircraft connectivity and flight support services — to government agencies. That’s how the company became one of the most trusted government contractors to date.

What is the difference between aerospace and aviation?

Who are the leaders in the aerospace industry?

Below are the leading names in the aerospace business:

One of the Best Defense Contractors 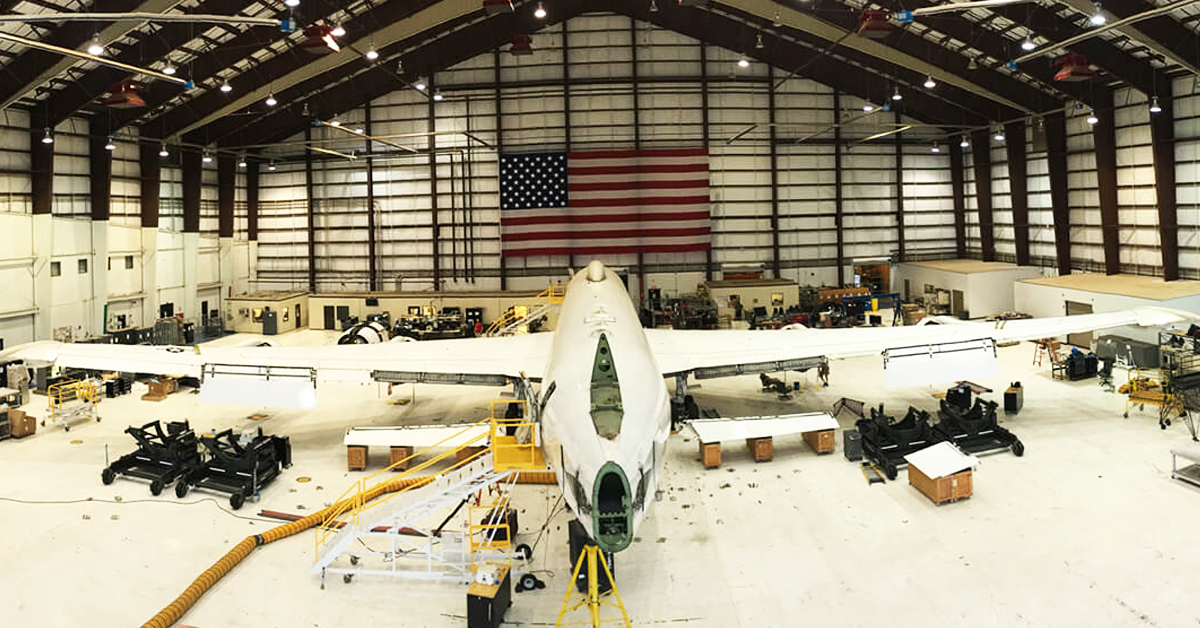 Collins Aerospace aims to redefine aerospace from the tiniest details to the greatest pursuits.

Through government contracting and working with different clients in the industry, the company relentlessly tackles the toughest challenges with smarter, safer, and more reliable technical services available.