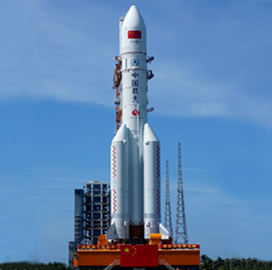 Chiles told the publication that the Space Force’s 18th Space Control Squadron is heading tracking activities for the 100-foot rocket’s core stage as it facilitates an unguided reentry after a week in orbit for a crew capsule mission.

The rocket, which was maneuvering around Earth in an elliptical orbit on Saturday, is expected to be the largest object to conduct an unguided reentry in decades, the report states.

According to the Aerospace Corp., reentry prediction errors of at least one minute could have critical impacts such as discrepancies in debris locations.