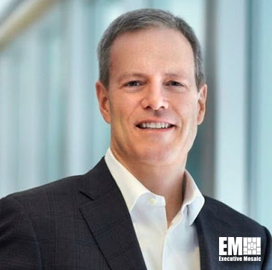 3M chairman and CEO Mike Roman has issued an update concerning the progress of the company’s capacity of N95 respirators and measures to combat price gouging and counterfeiting, and new partnerships to help protect healthcare workers, the company announced on Wednesday.

3M has made additional investments and actions that will enable the company to double its capacity to 2 billion globally within the next 12 months. The additional capacity will begin to come online in the next 60-90 days.

In the United States, 3M has projected to produce N95 respirators at a rate of 50 million per month in June, a 40 percent increase from current levels. In addition, more than 90 percent of 3M’s N95 respirators are going to healthcare and public health. The surplus will go to other critical industries, including energy, food and pharmaceuticals.

The remaining 20 percent will be allocated to the federal government, with the largest portion going to FEMA who will distribute it based on their determination of the most urgent needs. The prioritization and distribution of the company’s N95 respirators will be coordinated in close partnership with FEMA.

Given the high use rate of N95 respirators, 3M engineers will collaborate with several sterilization companies to find a way for hospitals to safely clean, reuse and extend the life of these respirators.

“This is not just a 3M challenge; it’s an industry-wide challenge. Even with 3M’s accelerated production combined with capacity from other manufacturers, the reality is that demand for N95 respirators is much higher than the industries’ ability to deliver,” added Roman.

At 3M, we apply science in collaborative ways to improve lives daily. With $32 billion in sales, our 96,000 employees connect with customers all around the world. Learn more about 3M’s creative solutions to the world’s problems at www.3M.com or on Twitter @3M or @3MNews.