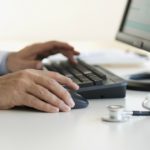 The Department of Health and Human Services has initiated efforts to advance the development and adoption of blockchain technology-based platforms designed to facilitate health records management and interactions between patients and health providers, Nextgov reported Thursday.

Mohana Ravindranath writes HHS’ office of the national coordinator for health information technology partnered with the Chamber of Digital Commerce to hold a “code-a-thon” competition for developers to create blockchain-based systems designed for use in health care.

Tom Nguyen, one of the developers, landed the top spot in the contest for his Health Passport application that works to help patients transmit records to their medical providers and involves the use of a cryptographic key by providers, the report added.

The two-day Blockchain in Health Care Code-A-Thon contest kicked off March 14 at Georgetown University in Washington and awarded up to $15,000 in prizes to winners.

Event participants were challenged to build distributed ledger-based tools designed to address operational issues in the health IT system such as identity management, metadata tagging and data aggregation.