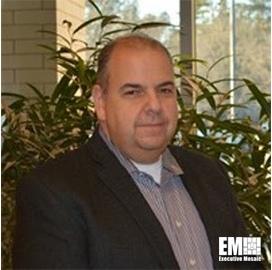 "Quantum's StorNext file system has been widely adopted by the media and entertainment industry because of the way it maximizes performance for flash-based drives, high-resolution workflows, and multiple workstreams," said Tom Coughlin, President, Coughlin Associates. "By making hybrid and multi-cloud storage environments more accessible, the StorNext file system continues to evolve as a tool for enabling media and entertainment workflows."

Quantum’s StorNext system has been designed to make cloud content more accessible, with improved read and write speeds for any cloud and object store based storage solution. The hybrid-cloud and multi-cloud storage use cases will enable greater flexibility for media.

Then, StorNext 6.4 software copies files to the public or private cloud, with the option to include additional object metadata. Also, non-StorNext software clients and cloud-resident processes may now access objects directly, leveraging the new extended metadata.

Quantum has also integrated multi-threaded put / get operations to improve retrieval speed to and from large object stores and the cloud. Users will experience a 5 to 7 times performance increase with StorNext 6.4 software, depending on the size of their objects and other factors to enhance performance where single stream object performance is limited.

The company has also offered StorNext Dynamic Library Pooling to improve resiliency for large tape archives and enable the use of multiple libraries for performance and redundancy, including scale-out tape with vertical libraries like Quantum's Scalar i6 tape library.

"At this time when customers are forced to work remotely, the flexibility to move content between locations, both on-premise and cloud datacenters, is critical. This latest version of StorNext software adds new ways to archive content and access it in the cloud and is another step toward providing a seamless bridge between on-premise and the cloud," said Ed Fiore, Vice President and General Manager, Primary Storage, Quantum.

Quantum technology and services help customers capture, create and share digital content – and preserve and protect it for decades. With solutions built for every stage of the data lifecycle, Quantum's platforms provide the fastest performance for high-resolution video, images, and industrial IoT. That's why the world's leading entertainment companies, sports franchises, researchers, government agencies, enterprises, and cloud providers are making the world happier, safer, and smarter on Quantum.