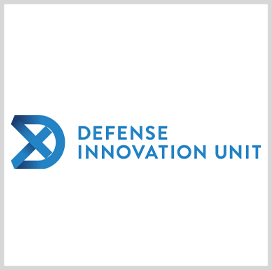 A new report says the Defense Innovation Unit awarded 63 prototype contracts and transitioned eight commercial prototypes to Pentagon partners in 2019, Federal News Network reported Wednesday. DIU took an average of 127 days to award a prototype contract in 2019, which was 42 percent faster than in the previous year.

Last year, the agency obligated $114.2 million in funds towards agreements with companies, recorded $293 million in other transaction transitions and received 466 proposals for 17 solicitations issued, according to the annual report. DIU attributed some of its strides in 2019 to increased contracting capacity driven by delegated authorities, which enabled it to award its own other transaction agreements.

“The addition of our own authority and growing Acquisition Team not only increases our overall contracting capacity but also allows DIU to more flexibly manage new starts, projects in execution, and successful transitions,” the report reads.

DIU also offered updates on advances it has made in several technology focus areas, such as artificial intelligence, autonomy, cyber, human systems and space.