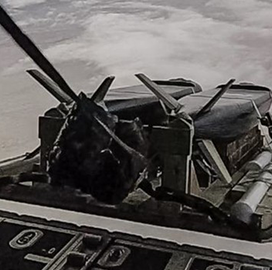 The simulated munitions weighed the same as their actual weapon counterparts such as the Extended-Range Cargo Launch Expendable Air Vehicles or CLEAVERs. AFSOC plans to demonstrate airdrops with glider, powered and full-up vehicles in the future.