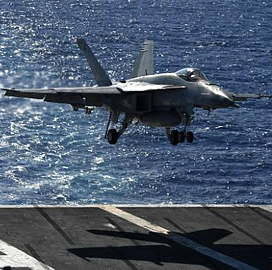 Boeing has handed over to the U.S. Navy the final Block II unit of an F/A-18 Super Hornet multimission aircraft.

The Navy said Friday its 322nd F/A-18E aircraft will be assigned under Strike Fighter Squadron 34 at Naval Air Station Oceana in Virginia.

Boeing secured a $4B contract in 2019 to manufacture and deliver 78 Super Hornet systems with Block III configuration between fiscal years 2019 and 2021. The company is expected to deliver test jets to the Navy in the spring.