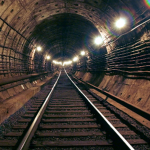 GAO said in its report released Friday that the TSA Representatives are “less likely to be fully aware” of other countries’ key practices in areas such as station security and cybersecurity. TSA and its foreign partners share practices including risk assessments and the Baseline Assessment for Security Enhancement, according to the watchdog.

However, GAO noted that TSA's BASE reviews do not reflect current cybersecurity standards in line with the National Institute of Standards and Technology's cybersecurity framework.

GAO recommends that TSA provide specific guidance to its TSARs on foreign engagement and update its BASE review procedures to reflect NIST standards. Doing so will help operators better handle mass transit operations and improve threat detection and recovery activities, the report states.

The agency assessed TSA risk assessments from fiscal year 2015 through 2019 as part of its report.