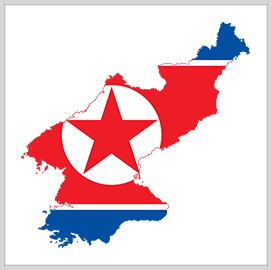 The FBI and the departments of State, Homeland Security and the Treasury have issued a guidance on malicious North Korean cyber activities and courses of action that organizations should take to address such threats.

North Korea has also “increasingly relied on illicit activities” such as cybercrime to gain revenue for its ballistic missile and weapons of mass destruction programs, according to the advisory.

“The [Democratic People’s Republic of Korea] has the capability to conduct disruptive or destructive cyber activities affecting U.S. critical infrastructure,” the guidance states. “It is vital for the international community, network defenders, and the public to stay vigilant and to work together to mitigate the cyber threat posed by North Korea.”