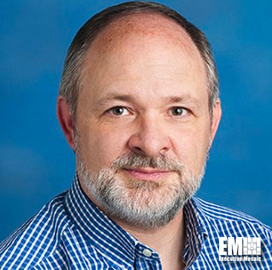 “Envistacom is proud to partner with the US Army and the US Navy on this important program. It will enhance communications operations to better meet dynamic mission and training demands,” said Alan Carson, president, Envistacom.

Under the task order, Envistacom will work to accelerate the acquisition of hardware, software, services and data in support of the U.S. Army. As a GTACS prime contractor, Envistacom will design, engineer, install and commission two SATCOM earth terminals to support theater reach-back communications.

The new terminals will provide additional capacity and resilience for all service branches in support of missions and exercises within the theater. The scope of work will include the preparation of the sites as well as the installation, commissioning, training and support of the systems.

“We are proud the Department of Defense recognizes our broad SATCOM expertise and our ability to execute programs anywhere in the world,” Carson added.

Envistacom’s $11 million task order will add to the company’s continuous support to the U.S. Army. In Dec. 2019, Envistacom received a three-year, $47.8 million task order to integrate multi-band features and other modifications into the U.S. Army’s satellite communication terminals designed to support the U.S. Central Command and African Command’s international communications.

The Atlanta-based defense and intelligence firm said Wednesday it will provide installation, relocation and training support for the Deployable Ku Band Earth Terminal and assist the Army’s Product Manager Satcom in updating current and existing DKET “lite” and mobile versions.

Work under the task order also includes the delivery of spares and terminals as well as antennas with expanded capacity for Ku, Ka and X-band transmissions.  Nelson Santini, senior vice president of sales at Envistacom, said the company intends to implement virtualization techniques and new technologies as part of the effort.

He added that Envistacom has been providing satcom support for the Department of Defense’s global networks for over two decades. Envistacom secured the task order through the Deployable Adaptive Global Responder Support indefinite-delivery/indefinite-quantity contract, which has a potential value of $480 million for a five-year period.