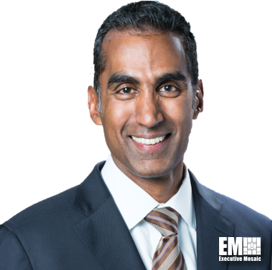 Jacobs has been selected by the U.S. Army Corps of Engineers to provide architecture and engineering design for the Korea Air Operations and Intelligence Center (KAOIC), the company announced on Wednesday.

"The Republic of Korea-U.S. Alliance is ironclad, and our Airpower capabilities have had a long history of deterring aggression on the Korean Peninsula," said Lt. Gen Ken Wilsbach, 7th Air Force commander. "This project demonstrates an everlasting commitment to preserving the terms of Armistice, promoting democracy, and providing security to the Republic of Korea and Northeast Asia."

One of the largest projects that is currently part of the U.S. Military Construction and Host Nation Funding Program, the USACE has estimated costs at $605 million. Jacobs, under the project, will its global secure buildings portfolio. The selection will also strengthen the company’s position supporting the U.S. Defense and Intelligence programs in the Asia Pacific region.

With $13 billion in revenue and a talent force of approximately 52,000, Jacobs provides a full spectrum of professional services including consulting, technical, scientific and project delivery for the government and private sector.