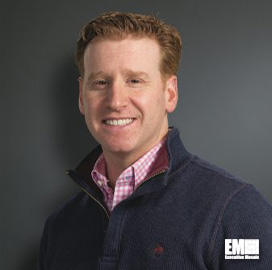 HawkEye 360 has announced that a model of its Pathfinder satellite will be featured in  Smithsonian's National Air and Space Museum future gallery and will be added to the museum’s  permanent collection, the company reported on Tuesday.

"It's an incredible honor for the Smithsonian to select our Pathfinder satellites for its collection," said John Serafini, Chief Executive Officer, HawkEye 360. "Small satellites are changing what we can achieve in space, and we're excited to be on the cutting edge of that revolution. We hope that our satellites inspire the next generation of talented minds."

The company received the honor one year after HawkEye 360's Pathfinder satellites were formally commissioned into service to geolocate RF signals. Within the year, HawkEye 360's cluster of three satellites has successfully geolocated over 11 million RF signals in the past year.

The company will continue to use the collected data to maintain a safer world by supporting various applications, including finding dark ships that may be engaged in smuggling or illegal fishing.

HawkEye 360 is fully funded to deploy an additional five clusters, to reach a total of 18 satellites in orbit by the end of 2021. HawkEye 360 is currently building a second cluster of satellites, with a projected completion date of fall 2020.The Pathfinder satellite is scheduled to go on display when the National Air and Space Museum's renovation is completed, slated for 2025.

"The Pathfinder is an excellent representation of how small satellites are transforming the space industry," said James David, curator in the Space History Division at the National Air and Space Museum. "We look forward to displaying this commercial RF signals satellite, a first-of-its-kind, to help tell the story of the space age."

HawkEye 360 is a Radio Frequency (RF) data analytics company. We operate a first-of-its-kind commercial satellite constellation to identify, process, and geolocate a broad set of RF signals. We extract value from this unique data through proprietary algorithms, fusing it with other sources to create powerful analytical products that solve hard challenges for our global customers. Our products include maritime domain awareness and spectrum mapping and monitoring; our customers include a wide range of commercial, government and international entities.